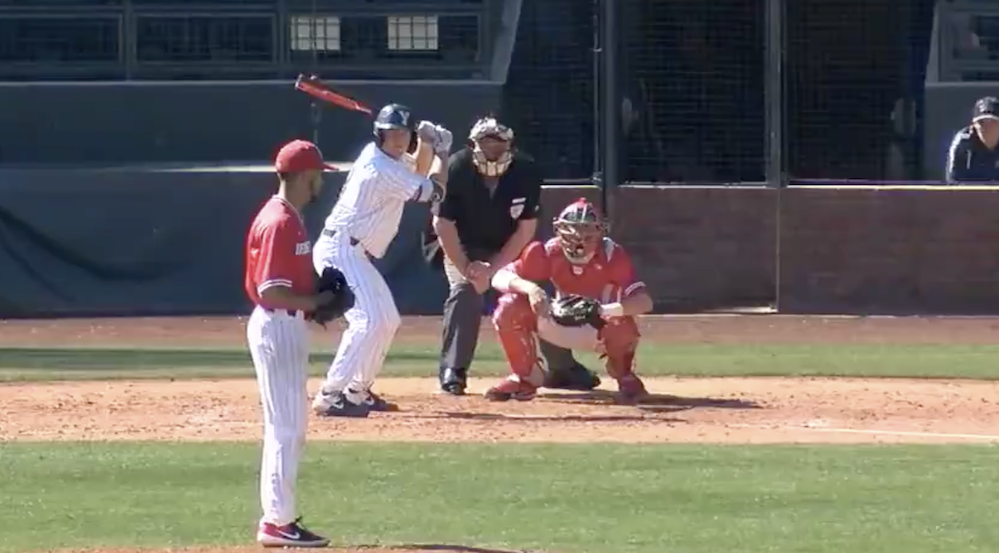 The Mountain West conference announced the first set of weekly awards for the 2020 baseball season. New Mexico’s Aaron Makil was named the league’s Pitcher of the Week.

Makil, an Arizona native, came to New Mexico as a junior college transfer from Chandler-Gilbert Community College. The junior right-handed pitcher made his Lobo debut during opening weekend when the Lobos played at the Sanderson Ford College Classic in Surprise, Ariz.

The Cherry & Silver went 2-2 with a pair of wins against BYU but losses to No. 25 Oregon State and Gonzaga. Makil pitched 6.0 scoreless innings to get a 2-0 shutout against BYU on Saturday morning.

Last year, New Mexico also took home the first Pitcher of the Week honor with Nathaniel Garley, who is currently expected to sit out for a couple weeks while he recovers from mononucleosis.

B6 | Makil works around a leadoff error and a two-out walk. He is through 6 scoreless innings. We go top 7