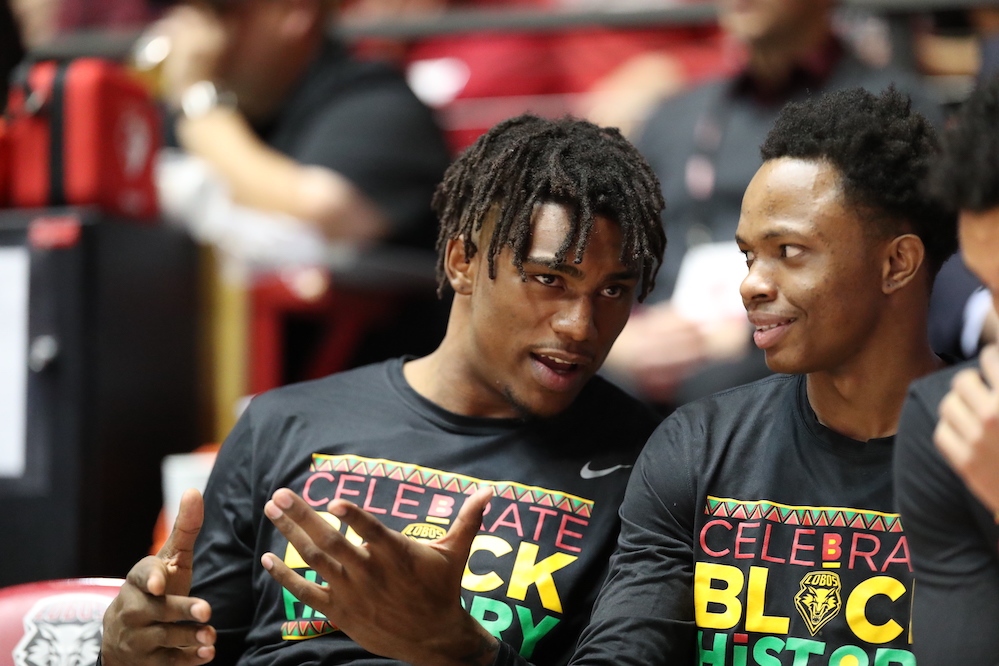 When he first moved to the United States Bayron Matos only knew how to say two things: “I’m hungry” and “chicken.” The rest of a conversation would happen through the Google Translate app on his phone.

“They would ask me ‘how are you?’ and I would always say I’m hungry,” he laughed.

In 2017, Matos made the move from the Dominican Republic to the United States. Saying it was one of the most difficult decisions of his life is an understatement. He lived in his mom’s house but his dad only lived four houses away. He has a total of seven siblings, five from his dad’s side, two from his mom’s side, so Matos never lacked someone to talk to. He also spent a lot of time with aunts, uncles and his grandmother.

Leaving his family behind was tough, but he knew he had to do it to pursue his dream of basketball while also getting a college degree.

Matos’ love for sports began at an early age. Like any true Dominicano, baseball was his first love. He liked to stay active so he did a couple other sports including track & field and karate. But once he tried basketball, he couldn’t think about anything else.

“Everybody could see me as a baseball player except for me. They said I looked like David Ortiz, Vladimir Guerrero. To myself I look liked a basketball player,” Matos recounted. “When I was 16 I talked to my mom and I decided to leave baseball on the side to continue my basketball career.”

And that’s how he landed in Hamilton Heights Christian Academy in Chattanooga, Tenn. A place quite different from where he grew up, but where he said he created some great memories with his host family.

Matos initially committed to Mississippi State but reopened his recruitment and chose the New Mexico Lobos. When he officially signed his National Letter of Intent Matos ranked No. 3 in Tennessee. He was registering the most rebounds and double-doubles in the state while being part of the roster that took the 2018 State Championship.

He finished school earlier than expected and joined the University of New Mexico for the spring semester. The big question was whether or not he would play right away or wait until the 2020-21 season.

The team was missing a couple of key players and he was itching to contribute. By Jan. 30 Matos had made a decision, although head coach Paul Weir said early February that they were still talking about it and an official statement would be out to let fans know. That statement was never released, but Matos had decided to sit out so he wouldn’t lose a year of playing time. 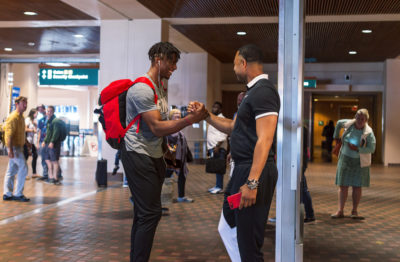 “My family helped me a lot with that decision, my coaches too. It was hard for me sitting on the bench,” he said. “My body was like ‘come on, I got to get in the game,’ but I made myself wait for the best moment for me to jump in.”

Anyone watching could tell how badly he wanted to play. Matos asked his coaches to let him wear a full uniform and warm up with the team before games.

While a basketball scholarship is the main reason the 6’9 power forward is attending UNM, he is actually a very well rounded and ambitious individual.

Matos said he was Student of the Year 12 years in a row in Santo Domingo and had academic scholarships. As a university student, he is not lowering the bar for himself.

“People tell me I’m a little crazy,” he smiled. “I know that when you prepare yourself more for the future, it is better. Right now I’m doing criminology. I don’t know yet, but later on I want to do business school. I want to prepare myself for the future.”

Matos said he already loves Albuquerque. He enjoys the food, especially a well-known restaurant called Frontier. Chile is already a part of his diet, saying the one in New Mexico is the best he’s ever had. If he is really hungry he goes for the red one. When he is not, he chooses green.

When he was still deciding on a school, Matos said was looking for a place with a culture that made him feel at home. Today he says that Lobo fans have already done that.

“The fans are different. I’m not going to lie to you, New Mexico is something I’ve never seen before,” he said. “Something that I love is when we’re walking down on the court there is a fan that hugs me every time. I don’t even know her name, but it’s one of the things I wait for every time I go down there.”

Matos has yet to step on the box score but already has clear goals of what he wants to achieve while wearing the cherry and silver jersey. He said he has a very competitive personality and is not afraid to chase big goals. All he is hoping for is that the people beside him feel the same way.

“If you put four people with me who want to win, we will die on the court,” he said. “I want to bring a championship to this state, put it on the table and say ‘it’s right here, we got it.’ I can’t promise a championship, but what I can promise is that I will make my teammates better and that we are going to be hungry for that.”