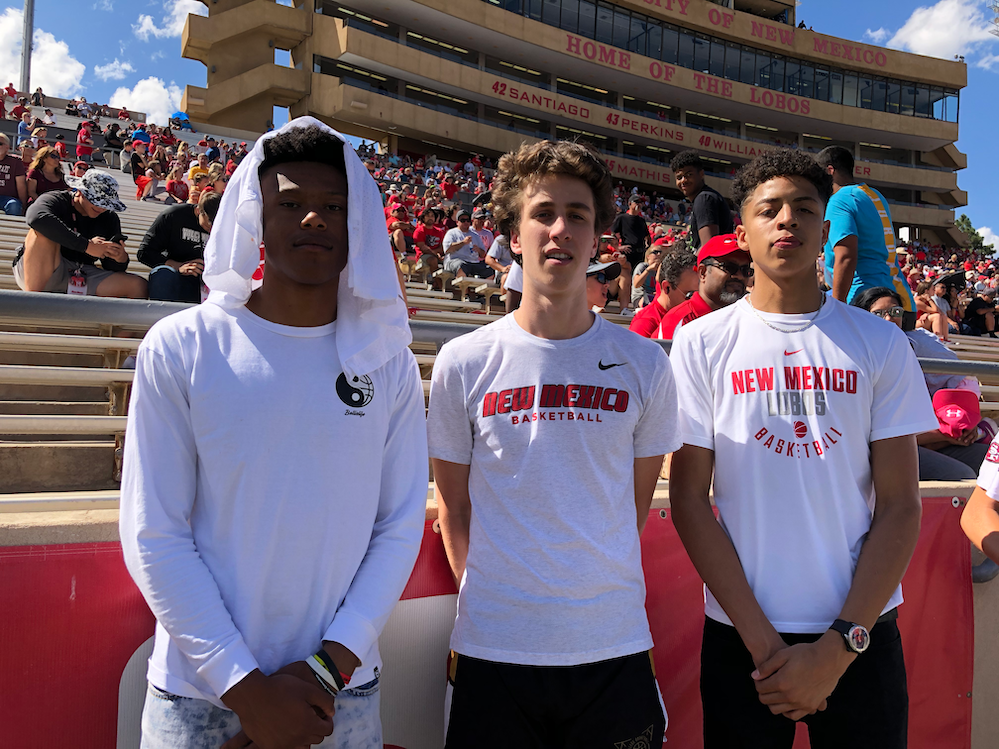 This was not just a big weekend for the New Mexico football program. The men’s basketball team had three recruits visiting: Fedonta JB White, Nolan Dorsey and Jaylen Clark.

White is a class of 2021 player from Santa Fe who received an offer last year. Being close to Albuquerque has allowed him and the staff to have frequent visits. White was able to attend the Elite Camp, and the UNM coaching staff has gone up to Santa Fe a couple times, including their most recent trip on Tuesday.

He currently plays for Santa Fe High School, a team that went 24-8 last season and reached the 5A title game. He suffered a dislocated patella but he seems to be recovering nicely.

“I like it a lot, they kind of just started recruiting me recently but I got a good vibe from them and I’m really interested,” Dorsey said.

When asked about he can bring to a team, Dorsey said his number one goal is to win and he will do whatever it takes. Passing, he said, was his biggest strength. Recruiting analyst for HooopSeen North Carolina Justin Byerly seems to agree with him, as he described Dorsey as “one of the best passing lead guards in the Southeast with great size at 6-foot-6.”

Clark, a class of 2020 Compton Magic player, received an offer in July. He took an official visit to New Mexico in August. Through 28 games during his 2018-19 season at Centennial in California, Clark averaged 17.2 points, 5.6 rebounds, and 1.7 steals.

Clark said he pays close attention during a visit to see what he likes and doesn’t like from a school. He said he has been impressed with the atmosphere New Mexico has to offer.

As for what he looks for in future teammates? That’s simple too.

“Hard working and determined,” he said. “Trying to win together, it’s not an individual sport.”