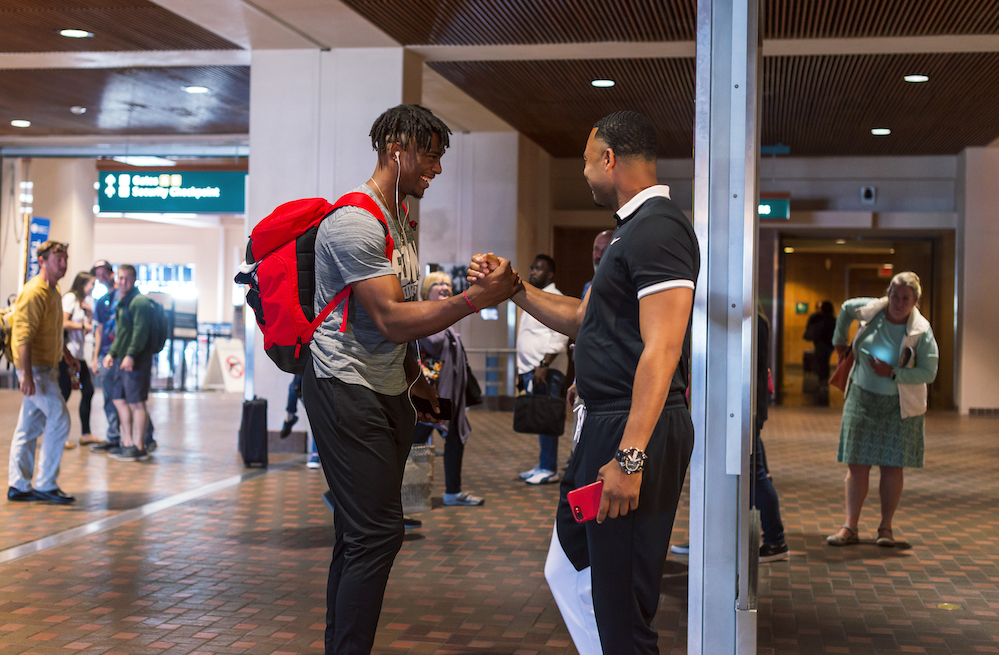 Class of 2020 Bayron Matos is on an official visit at the University of New Mexico. The 6’9″ player landed in Albuquerque on Friday afternoon with assistant coach Brandon Mason and director of operations Ralph Davis waiting for him.

Matos has been hearing a lot of positive things about New Mexico and the Lobos, so he decided it was time to check out the 505.

“Everybody says that New Mexico is a big place. A lot of family, people love basketball here,” he said. “I thought, ‘I gotta check it out, I gotta go see this.'”

Matos committed to Mississippi State last October but reopened his recruitment in August. He attends Hamilton Heights in Chattanooga, Tennessee.

Some of the other colleges he said were interested in him are West Virginia, Florida, Illinois, Dayton and Texas.

There were a couple things Matos said he was looking for wherever he decided to go to school. Matos grew up in the Dominican Republic, and while his English is getting good, he still likes to speak Spanish. He said he wants to be in a place where there are Spanish speaking people and some of that culture.

Another important thing he wants from a program is that he gets playing time to start making an impact right away.

“I want to play I don’t want to be sitting on the bench for four years,” he said. “I’m here to play, I’m here to show what I got. That’s what I’m looking for.”

The last key thing he listed was perhaps the most important one for him. Matos said his life revolves around family and he wants to feel like he has a family wherever he ends up. He wants to be surrounded by people who care about him, and also it wouldn’t hurt to see a lot of support during games.

“It makes you feel so good when you see thousands of people in the game watching you play, NBA-like,” he said.

MBB: Lobos bounce back with win over Wisconsin
Alford and Neal return to The Pit
Vance Jackson declares for 2019 NBA Draft
Men's Basketball 355