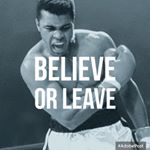 Boone is a former four-star recruit from Parkway North High School in St. Louis and chose the Tigers over offers from Indiana, Kansas, Kentucky, Minnesota and Purdue, among others.

The wideout out only saw the field for Missouri in one game, playing against Southeast Missouri in 2019 during his redshirt season.

Prior to the 2020 season, Missouri announced that Boone had opted out for the year. On Oct. 12, Boone announced he was entering the transfer portal I only have one question... is he immediately eligible to play?

Well he hasn't seen the field since 2019 so that prolly means yes. 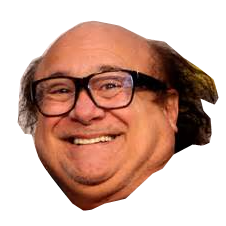 @gon4it all transfers this year are eligible. They still have to ‘apply’ through the NCAA to receive the waiver but it’s a blanket approval. I mean, I guess never say never with the NCAA involved but he should be good to go.

So he should be a sophomore next season? I think he will still be a freshman.  He redshirted in 2019.  He opted out this year, this year does not count against him.   He should have 4 years to play 4.

I'd love for this one to work out, by all accounts Cjay is a great kid.  I think he got caught up in the coaching change and didn't fit the mold of what Eli Drinkwitz wants in a WR.

There was an interesting Twitter conversation between Cjay and one of his former teammates.  Seems like Cjay wanted to opt back in after opting out for the season and wasn't given the opportunity to do so.

@stloulobo - not a twitter guy but in looking at our newest signee from Clovis did I see a tweet from CJay to Jeston saying "lets get to work" - if correct, I'm liking it and CJ already as creating early comradery long distance - good sign, imo.

Hey, if we want to get a St. Louis pipeline going - here's another one....

We offered out of HS

Again, by all accounts a high quality young man.  His HS Coach at Lutheran North doesn't put up with any crap.  Like CJay Boone, Jack opted out this season due to COVID, but when he had a change of heart was allowed to opt back in and join the team for the second half of the season.

BOOM!!!   What great news!   This staff is relentless and is attracting big time talent and quality kids.  The future is bright in Loboland!

Wow! imo, one of our real needs.  A hearty welcome to young Mr. Bufford - wishing you a great college experience academically, socially and athletically - Go Lobos!

not sure the best way to do it but imo, this deserves its own thread.

You're right @doublealum, it does deserve it's own thread.  Just couldn't pass up the opportunity to bump an earlier wish list post.