I got into watching the Yankees this weekend. Their game in Philly is canceled tonight because the infected Marlins were in the Phillies stadium yesterday.

And baseball isn't even a contact sport! Imagine what its gonna be like, when you got football players lining up inches from each other, yelling and cussing, and breathing hard. and tackling and dog-piling on each other ALL GAME LONG!?

I got into watching the Yankees this weekend. Their game in Philly is canceled tonight because the infected Marlins were in the Phillies stadium yesterday.

And baseball isn't even a contact sport! Imagine what its gonna be like, when you got football players lining up inches from each other, yelling and cussing, and breathing hard. and tackling and dog-piling on each other ALL GAME LONG!?

Again, the real test will be, if and when pro athletes begin to die from infection.  Will that bring these sports to a complete halt until it is safe to resume?  Same thing with college and why I would vote not to have a season, until the college kids are safe.

India crossed the 1.5 million barrier today, becoming only the 3rd country to do so and there is really not another contender even close.  They now stand at 1,532,135 in total cases.

On a side note, Mexico has already reported their cases for July 29th and they jumped in cases and deaths with 7,208 and 854.

On a side note, I have been watching Costa Rica for almost 2 months and they were in the 115-120 range of ranked countries in overall cases at exactly 1,000 on May 28th and now on July 28th, only 2 months later they are now ranked #68 with 16,344 total cases.  That is what you call an exponential rise in cases.  If anyone knows why this country has broken out so quickly and pervasively, please share.

That's 17 states with a daily count over 1k, yikes.  NM had 289 new cases and has now tested over 25% of the total population.  NM, TN & the US could hit big milestones tomorrow.  We now have 18 separate states that have more "reported" cases than China.

Only 4 days and have already stacked on another million fresh new cases, now over 16 million, and +211,148 new active cases in that time frame.

Another 4 days and another additional million cases added to the tally, now over 17 million.  Will have final tally after end day.

The US also crossed the 4.5 million barrier in total cases.

India has also set a new daily record at 52,164 and we still have 6 hours to go in the reporting day, although its nighttime there.

New Worldwide Record today 290,722.  I'm still scratching my head as Brazil had multiple days at 23k or so, but today popped a 70,869 amount of new cases to pace all countries.  India also set a new personal country record with 52,249, but likely have the highest probability of setting the all-time daily record for any country if they continue their outbreak pace, as they have 4x the pop of the US and 6x that of Brazil.  The US had 66,921, South Africa also had a 5 digit day at 11,362 and then Colombia with another high day at 8,670 and as reported last night, Mexico 7,208.  With Brazil, their #'s are solely dependent on how many they test, as their positivity rate has remained around 40% positive per test completed.

Total fatalities also took a huge spike north at 7,036 and especially for Brazil 1554 and the US 1,485 (Highest amount since May 27th).  BTW, the US daily death rate chart has a clear 30 degree upward trajectory.  This is not good and if we don't change our ways, could project to get us back up to the March/April highs down the road.  Not saying it's a certainty, it depends on how seriously people starting protecting themselves and against others.

Montana continues its break neck outbreak with another 201 cases today.  On June 29th they only had 919 total cases to date.  In the one month since then, they have increased their case load by exactly 400% to 3,676!!! 😮

Vermont now seems to be one of the few isolated states that has really flattened the curve over this same time frame with 1 new case today, but only 1,406 in total.  Granted, they have a pop of only 623,989, but they seem to be containing things.

Hawaii on the other hand, "only" has 1,865 overall cases, but added 108 today and their 7 day moving average is 62.  They are on a recent hard upward trajectory in new cases.

Oregon is another state with a big upward slope on their curve and it appears the upward trajectory started when the protesting/rioting started and now their 7 day average is 333 on new cases with a spike of 654 on July 26th.  Their overall case count currently is below NM at 17,721.

From what I have read and seen, while a face mask will help, if you have extended close exposure to others as would happen in a protest, a face mask will not be able to protect against that.  It can help reduce risk, but then you greatly increase risk by prolonged exposure and likely what is happening in Portland.

Yesterday's totals just below world records with a near whopper of 287,063.  The US once again led the way with 68,569, followed by Brazil 58,271 and India with a new single day country record of 54,966 or a +2,717 from previous record.  Again, India IMO, has the highest potential to set the all time single day record of any country to date, due to their population and density of population.  South Africa also had a 5 digit day with 11,046 new cases and Colombia was only 35 shy of a 5 figure day with 9,965.

Ethiopia is also a late comer to the party just like Costa Rica, and has a similar rise from May 21st when they only had 271 total cases to yesterday of having 805 new cases in a single day, 3x their total cases from just May 27th.  They now stand at 17,530 in total cases.

Total active worldwide cases keeps creeping higher and higher.  Yesterday it was a +39,388 to now stand at 5,817,092, quickly approaching 6 million.

NM had one of its lowest day in awhile at 252.  Montana 138, Hawaii 124 and Alaska 81 continue their recent break-outs.  Not sure if it's tourists from sunbelt states escaping the heat and virus outbreak?  Just something to watch.

Vermont continues to set the US pace for "contained" states and have flattened their curve.  Their active cases has remained below 250 since May 6th.  In contrast, NM's active cases continue to rise and are currently at 11,738, so more than 50% of overall cases are still active.

NM with 212 new cases today, so definitely down from the recent 7 day average.

Montana 151, Hawaii 122, and Alaska 112 continuing their recent outbreak.  All 3 states are still in the bottom 6 overall in cases, but are exhibited a big spike recently.

As expected, Peru finally reported their numbers and it was an additional 7,243 to the worldwide total, which now stands within a whisker at 289,414 of a new single day record, which was 289,609.

Only 4 days and have already stacked on another million fresh new cases, now over 16 million, and +211,148 new active cases in that time frame.

Another 4 days and another additional million cases added to the tally, now over 17 million.  Will have final tally after end day.

I'm not sure if anyone would have guessed we would be clicking 3 million new cases every 11 days, holy cow.  We currently stand at 18,000,143 and 247,435 for today, although, there are still several material reporting countries that have not yet reported.  I will provide a more detailed reported once more countries have finalized numbers for today.

NM had a lower day than recent ones, getting back under 200 at 196.  There were 9 more fatalities though.

Alaska 146, Montana 116 and Hawaii 86 continue their recent break-out pace.  Vermont once again sets the low pace for the country with 7 new cases.

Just trying to keep a running total on how Sunday's fare, since it has been the lowest day of the week on average during this pandemic.  Can we establish this is a pretty clear trend?

Best way for comparison is to compare the same day each week, due to social habits and interactivity, but I only do on Sunday's since there seems to be a considerable drop-off on Sundays vs. other days.  However, this Sunday was elevated at 220,073vs. last Sunday 194,677.

Sunday saw a "slight" uptick from last Sunday.  Could we finally be seeing a "peak" in the near future of new cases, at least this go around?  This Sunday's finally tally, at least as of midnight on Sunday was 221,260,or a +1,187.

Yesterday, was once again a slight uptick over last Sunday's total.  There was a +2,683 new cases for a total of 223,943 for a Sunday.  Last week Monday was the low point of the week, so let's see if today's total is once again the low of the week.

Quite a drop -18,470 for a total today worldwide of 199,861, even for a Monday compared with last 2 weeks.  Brazil, again is confounding, reporting 70k one day, then today only 18k?  Seems a bit odd, but it definitely was a big contributor or lack therefore for today's lower than normal numbers.  We are seeing signs we may be hitting, at least a near term peak, but let's see how things unfold this week before making a proclamation.

Fatalities were less than normal, but about the range of 3/4 weeks ago of 4,372.  Again, before declaring a new trend, lets see what the next several days bring, as they are usually quite higher than Sundays/Mondays.  India led again with 810, Brazil 572, US 568, Colombia 367.

total active cases actually dropped for the first time in awhile -8,914 to 6,071,914.  Not surprising, considering we got up to and blew past 6 million overall active cases in really short order, so a slight pullback would be fully expected.  Let's see if it can get back down below 6 million.  If so, could be another sign of at least a near term peak.

However, Montana 40 and Alaska 61 have taken a step back today.  We will see if that continues or it's just because its a Monday?  BTW, Vermont with 1 case and only 1,427 overall and only 130 active cases, by far the lowest in the country.  NM in contrast has 12,012 active cases.

Worldwide Fatalities surpass 700k today and US about to pass 160k.  Details on worldwide and US new cases later. 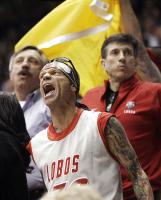 The last few days, total US fatalities topped 161k at 161,601 as of yesterday.  The US today also surpassed 5 million in overall cases.  That's 1 1/2% of our overall population.

New overall worldwide "active" cases actually increased by a large margin with a +80,880 increase and now stands at 6,179,821.  Until this number starts retreating, we have not yet reached a peak.  Although, it does appear we have hit a near term ceiling at 289k overall cases.

Coronavirus deaths for the week:

BTW, India has already reported 65,156 on today's numbers and may easily claim the top spot.  How long until they hit 100k daily?

19 states had at least 976 total new cases yesterday, so it is definitely becoming more wide-spread vs. a few hot spot states.

I will be keeping my eye on South Dakota.  The famous Sturgess bike rally, concerts, etc is kicking off with 250k expected visitors.  I will be curious to see if base states ask those to quarantine when they get back to their home state?

This needed its own separate thread.  Worldwide cases topped 20,000,000 today.

Worldwide fatalities as of today also stand at 733,996.

Even though we are not spiking at all new highs this weekend, the "active" case count is increasing by leaps and bounds.  From Friday to Saturday it increased by a +81,262 and from yesterday to today it increased another +37,704.  The last I reported the case count on Friday was 6,271,494 and as of end of today's reporting day it increased to now stand at 6,390,460.

NM with another lower range day at 200 new cases and 4 new fatalities.  Hawaii still on a recent tear with 152 new cases as well as Alaska 98 and Montana 63.  With Hawaii's and Alaska's recent break-out's, WY has quietly moved into the 2nd lowest state in the union with 3,050 overall cases.

© 2020 The Lair NM. All rights reserved. Designed by MagOne