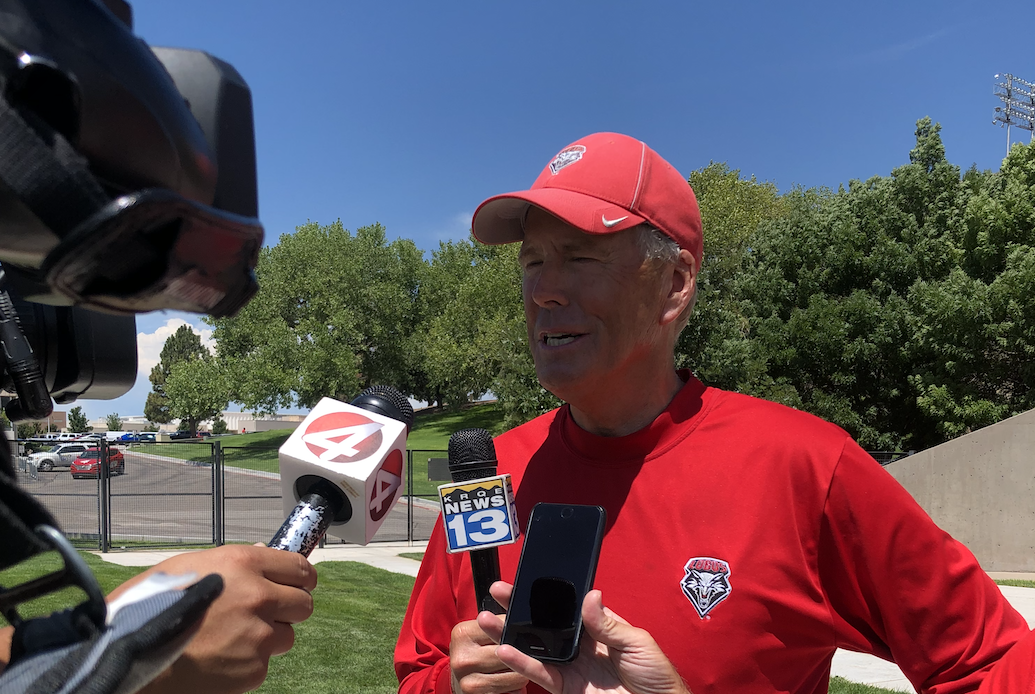 On Monday, the UNM football program sent a release saying Davie and the Lobos will step down once the 2019 season is over.

“After meeting with Coach Davie this morning, we both agree that the time has come for a new direction for our football program,” said Nuñez on his statement.  “I’m appreciative of the work that coach Davie has done at UNM.”

The Lobos are currently 2-9, and have one game remaining. Davie’s last game as the UNM head coach will be against the Utah State Aggies on Saturday at 2pm MT in Albuquerque.

Davie has been working in New Mexico since November of 2011. He collected a 35-63 record with the Lobos throughout his eight seasons.

“In stepping aside, I’m proud of what we accomplished at UNM, but we are all disappointed that we have not been able to sustain the success that we achieved and all desire” read Davie’s statement. “My family and I will be forever grateful to UNM for giving me the opportunity to coach again after being at ESPN for 10 years.”