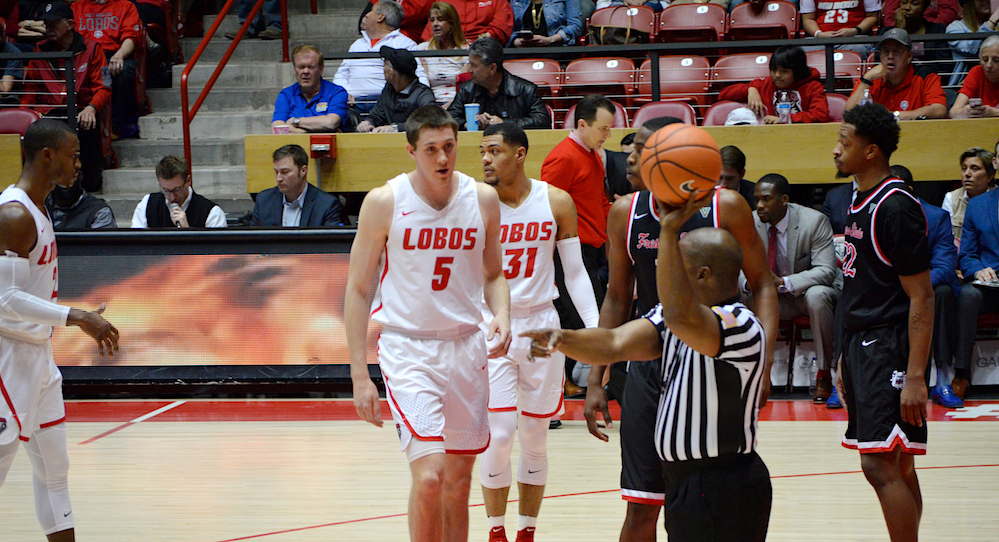 Original forum post by Laszlo
Overseas signings for next season are beginning to roll in, and a couple dozen former Lobos and NM HS players are in the mix. I’ll be updating this thread as the signings continue.
Early activity focuses on domestic players and re-signing imports from last season. So the first Lobo to sign was predictable…
Alex Kirk will return for a third season with Alvark Tokyo after winning B League championships his first two years. Basketball is growing in popularity in Japan, and Alvark is in a prime position. Veteran guard Daiki Tanaka is a longtime national team player and one of the faces of the league. Up and coming star Yudai Baba was MVP in the Final this past season and also plays on the NT, and he is playing for Dallas in NBA Summer League. Keeping the band together was a no brainer for Alvark.
> https://twitter.com/LoboHoopHistory/status/1143764736938393600
Tony Danridge will move within league in Uruguay from Nacional to Club Trouville, both in Montevideo his longtime home. Tony averaged 21 ppg last season, third in the LUB, while Nacional reached the playoff semi-finals and lost to eventual champion Aguada.
> https://twitter.com/search?q=%22tony%20danridge%22%20%40LoboHoopHistory&src=typed_query&f=live
Daniel Faris and Karim Ezzeddine will continue with Champville in Lebanon next season. Champville made the playoff semi-finals last season but lost to eventual champions Al Riyadi, with both Lobos playing well:
> https://twitter.com/LoboHoopHistory/status/1119352547397869568
Several Lobos had strong years in leagues akin to lower majors last season, and will likely move to bigger leagues if they keep playing. The first of those:
Joe Furstinger has signed with GTK Gliwice in Poland after averaging 16.5 ppg 7.5 rpg for KK Gostivar in North Macedonia last season. Joe was named Center of the Year in the Prva Liga, and Gostivar reached the semi-finals before losing to eventual champions MZT Skopje.
> https://twitter.com/search?q=%22Joe%20Furstinger%22%20%40LoboHoopHistory&src=typed_query&f=live
Xavier Adams will be a graduate assistant at TCU under Jamie Dixon after a season at Sam Houston St:
https://gofrogs.com/news/2019/6/26/mens-basketball-adams-carlino-hired-as-graduate-assistants.aspx
Antino Jackson has signed with BC Kalev/Cramo of Tallinn, Estonia.
BC Kalev plays in the VTB United League, one of the top leagues in Europe. The VTB primarily consists of teams in Russia, with a handful from surrounding countries. Kalev made the playoffs last season, finishing 7th, and also won the Estonia/Latvia League (KML). VTB is basically a power conference, so big move up for Antino!
Antino spent last season in Serie A2 in Italy, beginning with Virtus Cassino, a newly promoted team. The first task of a newly promoted team is to stay at the new level, and Cassino was not up to it. Antino was putting up strong numbers, but the team started with a long losing streak. In one game in December, he had 20 pts but they lost on a buzzer beater, and he apparently broke down. The team responded with a win the next week, but he left soon after.
Antino was at The Pit for a game around New Year’s, then signed with another Serie A2 club, Zeus Rieti. This was already a move up, as Rieti was battling for – and made – the playoffs. Antino played very well down the stretch and had some big games in the playoffs. Combined he averaged 13.6 ppg 5.3 apg on the season.
> https://twitter.com/search?q=%22Antino%20Jackson%22%20%40LoboHoopHistory&src=typed_query&f=live
* Others already situated:
Tony Snell, Detroit Pistons
Hugh Greenwood, Adelaide Crows (AFL)
Devon Williams, Albuquerque Bull Snakes (CBA)
Some Lobo life updates…
J.R. Giddens completed his UNM degree. He’s been playing this summer in the Dominican Republic and spending time with his son.
https://twitter.com/JGidd4/status/1105945803376357376
Cameron Bairstow got married to a fellow UNM alum in Fiji.
https://twitter.com/RyanDBerryman/status/1145275890235891713
Cullen Neal got married. His then-fiancé accompanied him last season while he was playing in Poland.
https://twitter.com/cullenneal01/status/1140349373122899968
Drew Gordon had his second son. Already drawing a plus wingspan rating.
https://twitter.com/xtraGORDONary32/status/1121866825099177984
And Alex Kirk announced today that he and Rachael Adams are engaged. Adams is on the US National Volleyball team, an Olympic medalist, played at the University of Texas, and plays professionally in Europe. If they have kids, I predict they will be tallllll.
https://twitter.com/kingkirk53/status/1152232568089006083
https://twitter.com/RADAMSS/status/1152227596555259904
New Mexico HS players
Bryce Alford has signed with Medi Bayreuth of the German Bundesliga (BBL). Alford averaged 14.1 ppg 3.4 apg for the Oklahoma City Blue of the NBA G League last season.
> https://twitter.com/LoboHoopHistory/status/1144605958611488768
Jeffery Taylor (Hobbs ‘08) signed a three year extension with Real Madrid, one of the top teams in Europe. Taylor has been with Real since 2015, won a EuroLeague championship in 2018 (3rd this year) and three Spanish league titles, including this year. Taylor averages about 6 pts 4 rebs but specializes in defense. Here he is triggering a nice fast break:
> https://twitter.com/LoboHoopHistory/status/1119347515654938624
DeAndre Lansdowne (Sandia ‘07) signed with Brescia of Serie A in Italy. Lansdowne averaged 18.6 ppg for Braunschweig in Germany last season, and was named to the BBL All Defensive Team.
> https://twitter.com/LoboHoopHistory/status/1144326142335127552
Michael Holyfield (Manzano ‘11) is putting up big numbers in the China NBL (summer league). The NBL tends toward video game type numbers. Holyfield was recently named Player of the Week after a 54 pts 26 rebs game. He leads the NBL with 21.4 rpg, and averages 25.3 ppg, second on his team. Russ Smith leads the league in scoring at 43.2 ppg.
Roman Martinez will be a graduate assistant on the Nevada staff under Steve Alford.  I’ll hate to see him on the opposing bench, but glad he is breaking into coaching.
https://www.abqjournal.com/1341804/ex-lobo-favorite-martinez-joins-nevadas-staff.html
Also:
Jaye Crockett (Clovis ‘09) has signed in Lebanon with Anibal Zahle, newly promoted to the LBL.  Obij Aget played for Byblos in Lebanon for some of last season.
Michael Holyfield (Manzano ‘11) was named Player of the Week again in NBL China after putting up 37 pts 31 rebs in Beijing’s win over Anhui.
https://www.asia-basket.com/China/basketball.asp?NewsID=586943&showcomments=1&Women=0#c

Carlton Bragg: Jack of all trades
Pro basketball in Albuquerque is focused on community and local flavor
Lobos get rematch with Wyoming in first round of MW Tourney
Men's Basketball 355