New Mexico head coach Richard Pitino got his first official commitment. Arizona State transfer Jaelen House will be a Lobo in the fall, he announced on Thursday.

“Ready to get the Pit rockin,” he wrote on Instagram. 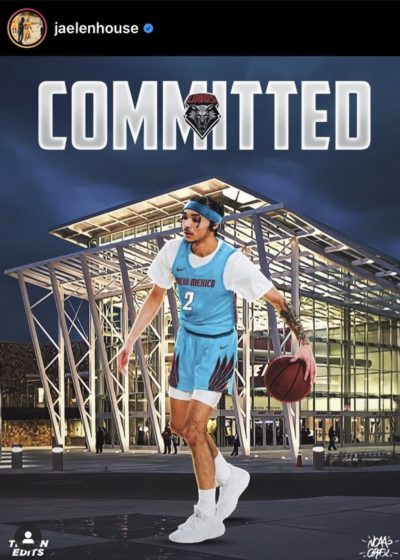 House chose the Lobos over Grand Canyon University. Those were the Top 2 schools he mentioned last week. His decision came just two days after New Mexico announced that Eric Brown, a former ASU staff member, was officially hired as a Lobo assistant coach.

The 6’1 guard played 51 games through his two years as a Sun Devil. During the 2020-21 season House averaged 5.3 points, 2.0 rebounds and 1.5 assists per game while also shooting at 39% from beyond the arc. He has three years of eligibility left.

He can be good in the offense,  but his strength is definitely on the defensive end. House led this past ASU roster in steals with 34 in 21 games.

Some people were a little surprised when he entered the transfer portal, as his dad, Eddie House, was ASU’s all-time leading scorer. Eddie House went on to play 11 seasons in the NBA and was known for his three-point shooting.

Slow and steady wins the race: Virginia becomes 2019 National Champion
The Enchantment ends TBT run with 84-83 loss to Stillwater Stars
Tavian Percy: Being a freshman is not an excuse
Men's Basketball 353