“That was fun while it lasted,” tweeted JJ Caldwell on Sunday night.

The news of him entering the transfer portal did not come as a big shock. On Friday he had announced on Instagram that he had news coming up. A day later he posted a picture on himself wearing a Lobo uniform that said, “was fun.” 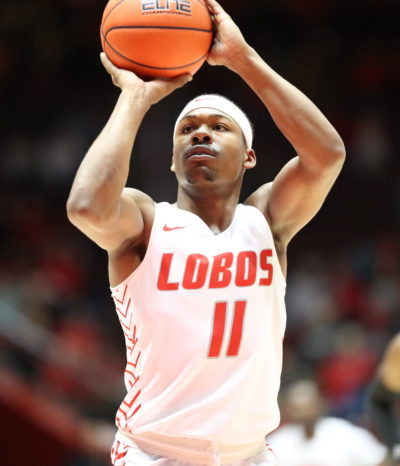 While he was suspended for the last part of the 2019-20 season, Caldwell was still a member of the New Mexico roster. His indefinite suspension was announced on Dec. 22, 2019 due to allegations from his ex-girlfriend about two different incidents that she claimed involved abuse.

Caldwell wasn’t charged, but UNM initially kicked him off campus and he filed a lawsuit. He was eventually allowed back on campus, but his suspension from the team wasn’t lifted.

His time wearing the cherry and silver jersey was short. The point guard played 13 games, in which he averaged 5.8 points, 3.9 rebounds, 5.7 assists and 2.2 steals per game.

When he was gone, the Lobos didn’t have someone with a lot of experience to run the point. Redshirt junior guard Zane Martin was asked to play a lot of time in this position.

Before UNM, Caldwell was at Texas A&M. He redshirted the 2016-17 season, and then played in 16 games, five of those as a starter, the following year.