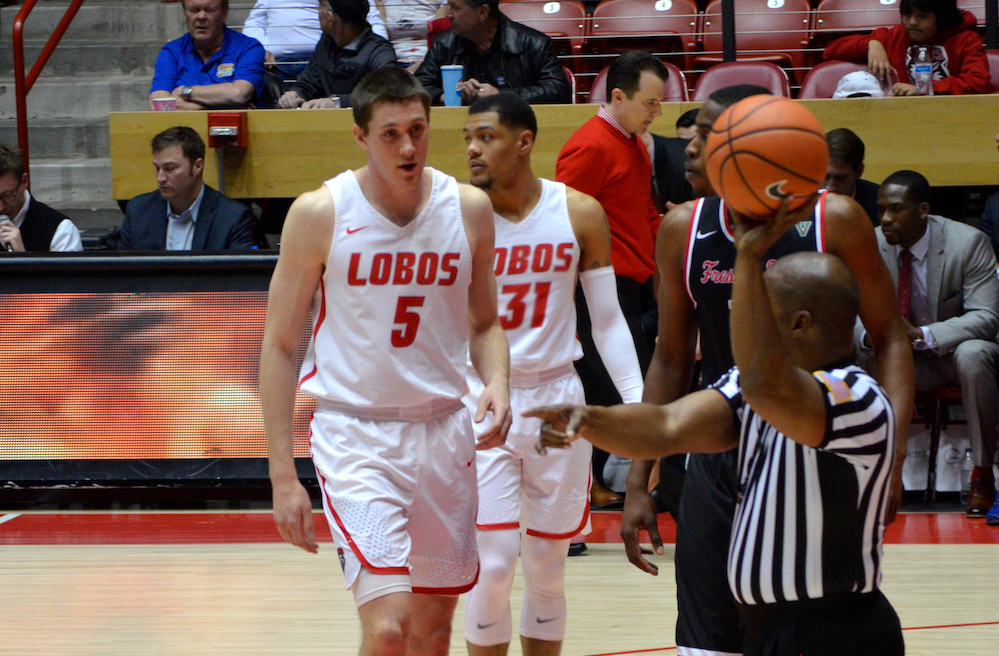 The 2017-18 season had low expectations for a New Mexico team with a new, young coach and a group of players who weren’t considered superstars. Joe Furstinger didn’t look at any of that, he was focused on a new mindset.

During his first three years wearing the cherry and silver jersey, Furstinger averaged 12.3 minutes on the court and 2.4 points per game. He also averaged below 3.0 rebounds per game during each of those seasons, not ideal for a 6’9″ player.

By the end of the 2016-17 season, the player was frustrated and ready to walk out the door. He felt he needed a new start in a new environment if he wanted to become a better player.

But before he finished packing his stuff, New Mexico let go of head coach Craig Neal and Paul Weir came into the picture.

A new coaching staff felt like a breath of fresh air, and Furstinger was willing to at least listen to what they had to offer. After the first few workouts with the new leadership, he was was sold.

Although he was only going to be on the team for one more year, Furstinger decided he would make an effort to build a relationship with the new head coach. He knew Weir was a big fan of reading, so he went into his office and asked to borrow books.

“It’s not just basketball books, it’s all kinds of books,” he said. “He wants to make people better in general. That interested me. I got a few books from him and I gave him a few books that I had read before.” 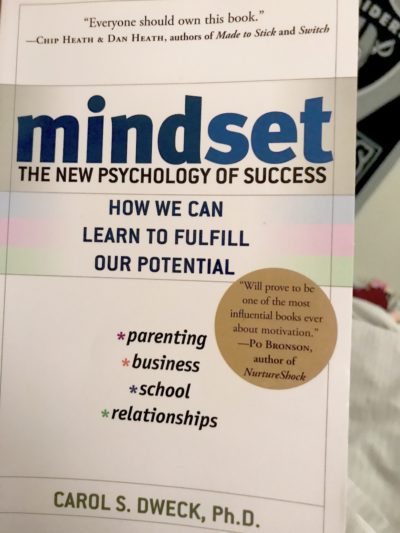 Paul Weir and Joe Furstinger shared some of their favorite books with each other when Furstinger played in New Mexico.

One of the books that has stuck with Furstinger, so much that he still has a photo of it on his phone, is called Mindset – The New Psychology of Success by Carol S. Dweck. The book is about how people think of their talents and abilities, and it aims to teach them how to reach their full potential.

From the beginning, Furstinger thought Weir and the rest of the new coaching staff would lead him in the right direction, but this doesn’t mean he improved overnight.

“I started out the season playing pretty bad,” he acknowledged.

It wasn’t just Furstinger. The team as a whole struggled to get wins, only picking up six of them during November and December, and not winning on the road until Jan. 17.

New Mexico had been predicted to finish ninth in the Mountain West conference. Weir came to the Lobos with only one year of experience as a head coach, and many assumed a substandard season would just have to be swallowed as part of the rebuilding process.

But that was not how Weir wanted to look at it, he believed that a poor start didn’t have to lead to a poor finish. He trusted the process and he emphasized that to his players.

“He allowed players to play through mistakes. Not, ‘you make one mistake so you’re coming out now,” Furstinger explained. “You don’t have to look over your shoulder. You make two, three, four mistakes, he will still believe in you.”

Weir tried to bond with his players but he also made sure there was discipline. Furstinger said he thought the coach disciplined appropriately when players were doing things they weren’t supposed to. For Furstinger personally, one of the things the coach tried correcting was ironically something that fans loved.

The player laughed when he talked about his signature arm flex. While fans saw it as a fun celebration, his coach didn’t enjoy it as much.

“Weir tried to get me to keep my emotions in, so I did the flex a lot less senior year,” Furstinger said. “My first few years that’s probably what I was most known for. Anger maybe? I was angry I wasn’t playing enough so when I did something good, I yelled. I did waste a lot of energy doing that.”

Weir encouraged his players to control their emotions on the court, but the locker room definitely saw emotion from him.

In a few occasions, after a tough loss for New Mexico, Weir spent the night at his office instead of going home after the game. This, Furstinger said, showed a very human side of his coach and served as motivation to do better. If Weir cared that much about his players’ success, they needed to care too.

1 thing I can always say about PW that makes him a good role model and a great coach is that he will never blame anyone for anything He takes his L’s like a man and charge it to the game & figure it out! That’s big time if you ask me how couldn’t you play hard for a guy like tht

“You just don’t want to see your coach, your guy, in that mood,” Furstinger said. “I can’t remember which game, but we had a meeting the next day and he came in the locker room still in his suit and tearing up a little bit, saying he wants the most out of us. I just thought some of us, we knew we had to change for him.”

The Lobos embraced the grind and peaked at the right time, finishing the regular season in third place. They went on to make it into the conference championship game and put up a good fight before losing to the San Diego State Aztecs. The 2017-18 season had become a feel-good story.

Furstinger said he saw himself improve in a lot of different areas. Finishing around the rim, better defense and blocking more shots were some of the main ones. The stat sheet undeniably showed it was his best year as a Lobo.

He averaged 10.4 points and 6.8 rebounds per game during the 2017-18 season. He also blocked a total of 53 shots during his senior year, almost as many as his first three years combined (54).

While Furstinger led the team in rebounds and blocks, Sam Logwood led in scoring by averaging 13.1 points per game. But this actually wasn’t that important.

It has been two years since Furstinger graduated. He has been playing in Europe since then but still loves Albuquerque and tries to stay connected to the Lobos.

From the most recent roster, Furstinger often talks with Makuach Maluach, who used to be his roommate, and JaQuan Lyle, who just finished his senior season at UNM. He’s also still in contact with the coaching staff.

While he knows the last two seasons have fallen short of expectations for New Mexico, Furstinger is rooting for them and thinks another good season is coming for the Lobos. He wants fans to get the successful season they have been waiting for, and he hopes the current players get to learn the same valuable lessons he and his teammates did.

“Weir knows what he is talking about, and all the other coaches know what they are talking about,” he said. “If the players just buy in and they don’t want to be individuals, really buy in as a team, then I think they could be pretty good.”