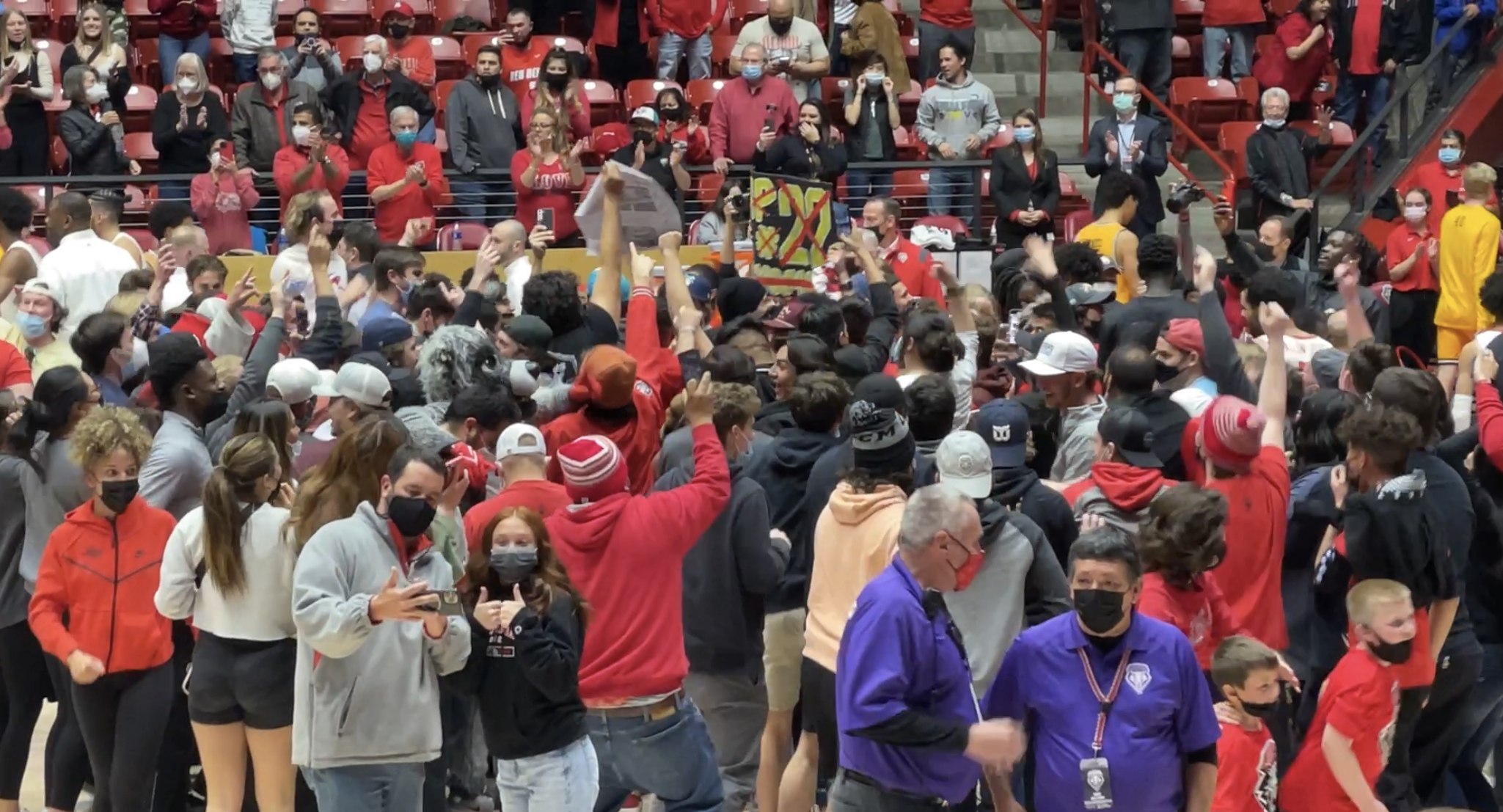 The Lobos enter the MWC tournament as the #2 seed after a 14-4 regular season, finishing a game behind UNLV.  They had a Sunday bye, and will tip off vs San Diego State (8-10, 7th place).  SDSU defeated Boise St relatively easily, 65-56, behind 18 points by freshman Asia Avinger.

If the Lobos make it through the gauntlet to win thief first MWC tournament in over 10 years the will likely have to go through Wyoming (the #3 seed), and either Nevada (#4) or UNLV (#1).  All three of them have beaten UNM this season.  The fourth team that defeated the Lobos is Fresno State, which lost in the first game today, 80-75 to Utah State.

The Lobos are built around a very well balanced offence, and if they do well it will almost certainly be the offense that carries them.  They led the conference with an average of 78.5 points per game, and even though they were 7th in points allowed (largely due to pressing the tempo so both teams got more shots) they were second best (to UNLV) in scoring margin, 9.3 points per game.  It has been a very difficult offense for opposing teams to slow down because all five starters can and do score.  The five starters—all seniors or 5th year seniors—all rank among the MWC’s top 25 scorers, and their numbers range from 11.2 to 15.1 ppg.

When UNM has struggled it has usually been because of a cold shooting quarter and/or when they undersized Lobos have been severely outrebounded.  For the conference season UNM was 7th in rebounds out of the 11 teams, 10th in rebounding margin, and 10th 11 in offensive rebounds.  In three of their four losses the game was a one point game with less than a minute to play, and in all of them rebounding problems were a major contributing factor.

Looking at the end of the season, both the top two teams come into the tournament sputtering a bit.  UNLV lost two of their last three games (to Wyoming and Nevada), while UNM was only 4-3 over their last seven games.  After their win in the opening round today, Utah State is the hottest team with four straight wins—Wyoming with a three game winning streak is the only other team riding a winning streak of more than a single game.

One of the keys to a deep Lobo run is likely to be whether they can hold on to a few positive late season trends.

—  Over the final seven games they improved their rebounding margin from -7.1 per game to -2.1 per game

—  In that period they have improved their offensive rebounds from 7.5 per game to 9.1 per game

These are not major increases, but since every loss this MWC season was a one or two possession game in the last minutes, 5 extra possessions is a much bigger number than it seems.

The other potentially significant change has been the emergence of Aniyah Augmon.  Early in the season she was getting minutes as the number two point guard, but when the conference season started she began to lose playing time because too often her very aggressive style resulted in turnovers,  In the first 11 conference games she averaged only 3.2 minutes a game.  But in the final seven she was playing a little over 10 minutes a game, mostly off the ball.  This has given Mike Bradburry another player he has been relying on, increasing the main rotation from six players to seven.  And needing three wins in three days, even one extra player in the rotation matters.

The School Year is Starting, Time to Look Forward to BB
Lobo Women Get Back On Track With Easy 92-44 Win vs NNM
Women's basketball team gets three straight Player of the Week honors
Women's Basketball 106