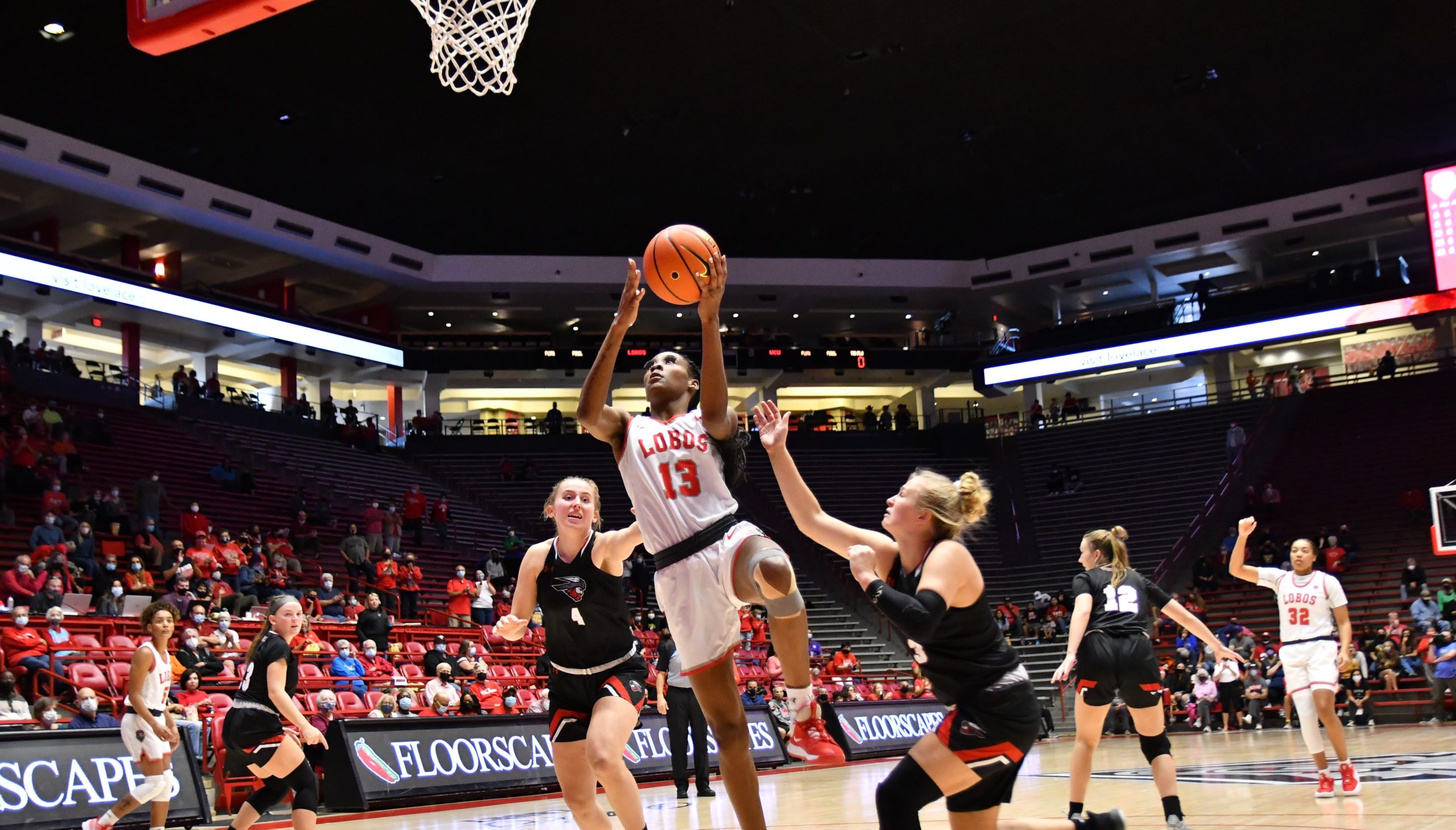 Western Colorado was a D-2 school that had some height (starters at 6’2” & 6’0), played reasonably disciplined much of the game, but could not match the Lobos’ athleticism.  UNM hit their first five shots racing out to a 13-2 start and never looked back.  If they had been nervous at all the quick start erased that.

The Lobos used their speed to drive past the WC defenders, and to race past them on breaks for open three point shots all night.  Additionally the Lobos shot well all night (53% from the field as a team, 40% from three point range) while the Mountaineers were cold (34% and 19%).  Some of the WC shooting struggles was due to the Lobo defenders not giving them open shots, but some of it was just poor shooting when they did get good looks. 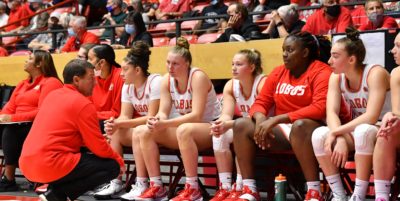 All in all, the game didn’t show much about UNM as a team—after that 13-2 start they never looked back and the 94-53 final could have been worse if Mike Bradbury didn’t rest the starters most of the last 15 minutes.  He also experimented with different types of lineups:  he started three post players, but also used combination with two posts or one post.  Four players worked at point guard, sometimes one at a time, sometimes with two on the floor together.

But there were some noticeable things nonetheless.

First the things I liked:

–Everyone played.  Everyone had at least 9 minutes, and no one had more than 25 (LaTora)

–The ball movement.  No matter who was in there the ball moved around quickly and there were few turnovers on bad passes.  There were assists on half the Lobo baskets, and a number of others were from offensive rebounds.

–The shot distribution was a good mix of three point shots (34) and layups.  Very few intermediate shots, mostly because they were consistently getting the other two options almost at will.

–There seemed to be more players going for offensive rebounds.  7 players had at least one, led by Shai McGruder’s 4.  (Shai also had at least 5 blocks but was credited with only 2).

–Viane’s outside shot looked smooth and on target.  She was 4 for 4 on threes, and all were in rhythm open looks.

–Mackenzie can develop into a physical guard that we have not had recently.  She was in attack mode and took the ball right to the basket and contact.  She, Kath, and Nevaeh provided more physicality to complement the quickness of the rest of the roster.

–Kath made a good impression in her 11 minutes.  Three for four shooting, all because she was moving well without the ball for easy shots under the basket, and three rebounds.

But there is room for improvement.

–Free throw shooting being the most obvious on the score sheet:  only 12 for 21.

–Rebounding.  Even though the Lobos were +17, much of that was in the 4th quarter.  Given the difference in athleticism and the number of shots WC misses, the rebounding margin should have been more.  Shai led the team with nine.

–Defense.  Besides playing everyone, they played in a lot of different combinations, often with players in different defensive spots at different times.  As a result they were often out of position and relied too much on quickness to try and recover.  It’s hard to say if it was the different combinations, or still freshmen & sophomores learning team D (I suspect the latter), but it will need to improve for this to be a good team.

–The last item, connected to the one above, too many fouls.  21 fouls when they had such a quickness advantage was too many.  The FR & SOs had 16 of those, and while many of those are correctable, it takes time to change bad habits.  On the positive side AT and Shai combined for only two fouls in 43 minutes.

Next game, Thursday.  A chance to improve.