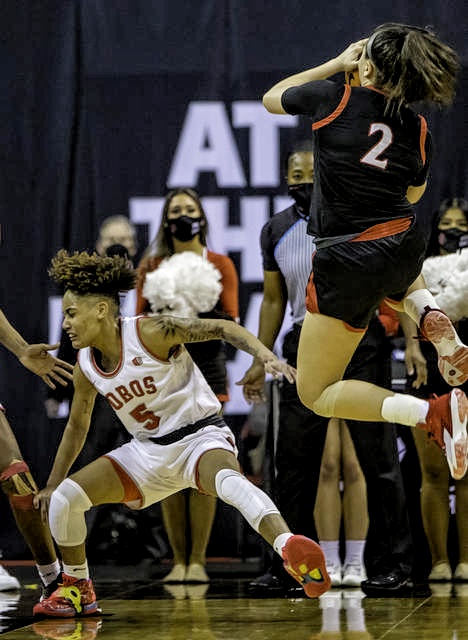 A week later, a very different situation. A different tournament, at home, and against a team that is close to the Lobos in height. They also 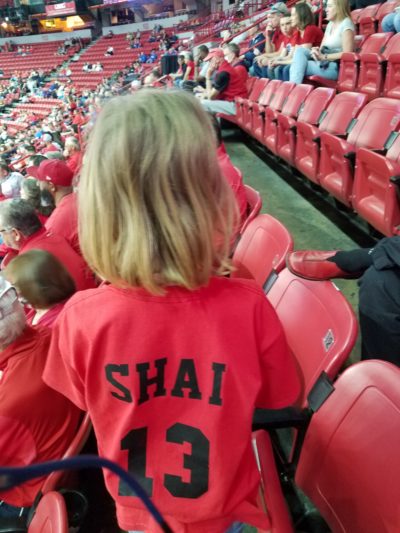 play a more aggressive defensive style than most the Mountain West opponents.

Grand Canyon has three players between 6’ and 6’2” who play in a great variety of starting lineups, usually with one or two of them starting, though which ones start varies. In fact, the only consistent starter is 5’6” grad transfer Amara Graham (number 1) who leads the team in scoring (12 ppg), assists, and 3 point percentage (39%) as well as minutes. She shoots 41% overall from the field, second on the team. She lead the conference in scoring last season at 16.1, before transferring to GCU.

In the back court with Graham is sophomore Tiarra Brown (#24), a 5’9” guard who is second on the team in minutes, rebounds, and steals. She is one of three players with 50+ steals, and collectively Grand Canyon averages 13 steals a game and leads the nation with 399.

The leading rebounder and shot blocker is 6’1” grad transfer from Indiana St, Jay MaChristine (#32). She is not an outside threat (no three point attempts this season) but hits nearly 50% inside. She too has over 50 steals.

One player who looks imposing in the team photo, but who will not be a consideration, is a third grad transfer, 6’4” Lauren Rewers. She played in Grand Canyon’s first three games but none since then, and is no longer showing up on the team roster page.

Surprisingly, for a team that is aggressive on defense and gets almost 11 more shots per game than their opponents, GCU is not a high scoring team, averaging only 65.6 ppg. Seven players average between 5 and 12 points a game. Defensively they depend on getting turnovers (+5.4 per game) and playing about even on the boards, but opponents have shot a little better than 40% against them, while GC shoots 39% overall.