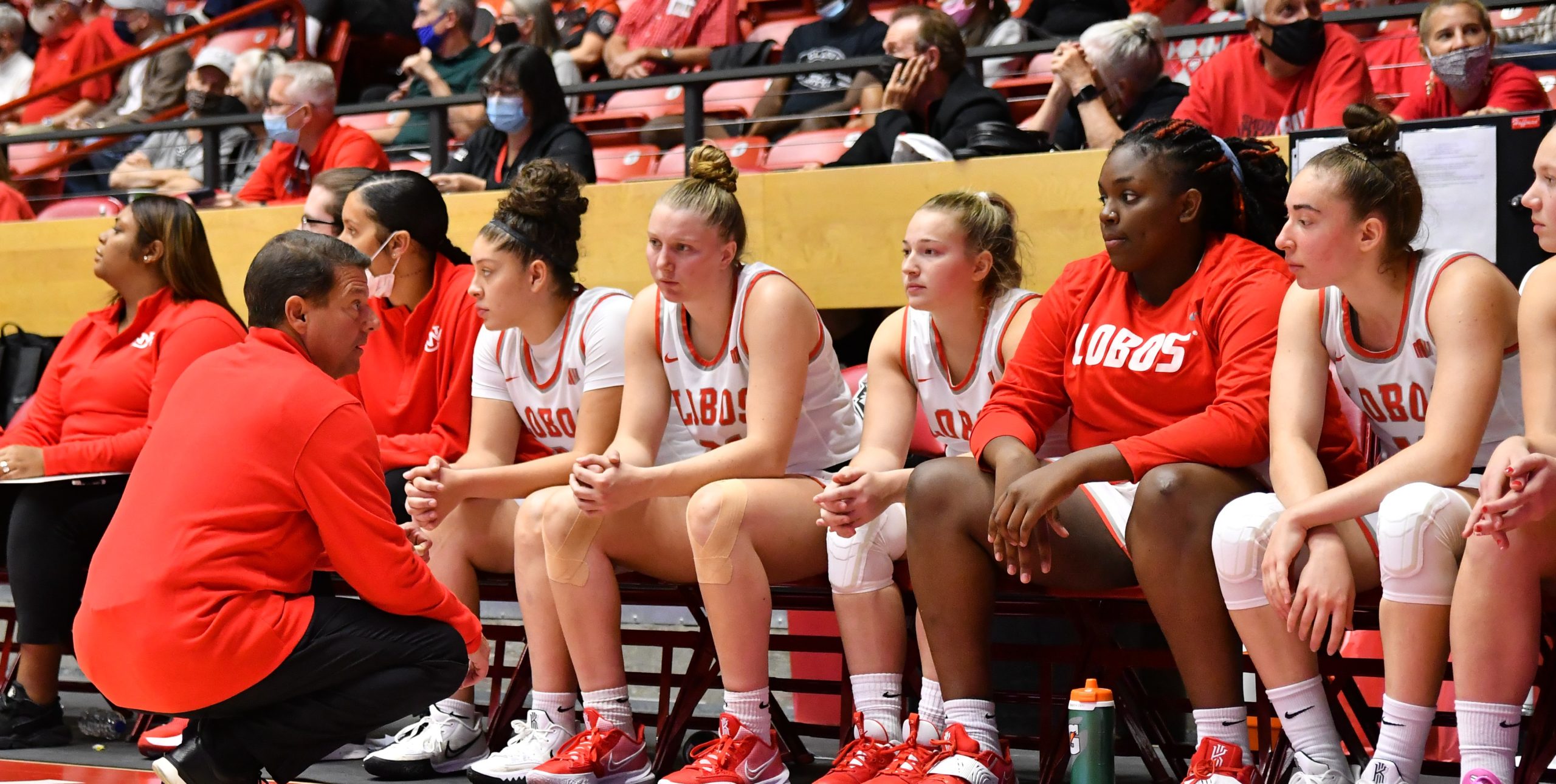 In the first four Lobo games it has been difficult to tell a lot about the 2021-22 Lobos as a team under pressure, because they have not been pushed hard to find out.  The average margin of victory has been 32 points and none closer than 17.  The Lobos have had a decided quickness and size advantage, and the scores have reflected that.

Prairie View may not be a much stiffer test, we will see, but for the first time this season the Lobos will be decidedly shorter.  PV has six players at 6’ and above, including 6’5” center/forwards Trinity Hudson and 6’4” Brittany Garner.  Both average seven minutes per game, two of the twelve players averaging seven or more.  They start a pair of 6’1” players.

They beat Paul Quinn College, and they lost to Nebraska by 55 points last Thursday.  Based upon those two games the stats may be skewed, but so far they are shooting 32%, a little better from three point range than two point shots.  They have been putting up 80 shots a game, about one in five from beyond the arc.  They have been heavily outrebounded (-22 per game) but have a +4 turnover advantage.  They have forced 26+ TOs a game, but 38 of those were against Paul Quinn (21 steals), only 17 vs Nebraska.

Individually Prairie View starts two grad transfers, including point guard Emely Rosario (4 assista per game and , a senior and a junior—along with their 6’1” sophomore center #21 Gerlin Smith who averages 6.5 rebounds a game.

For the Lobos tonight it might be another game where progress has to be measured by team cohesion on defense and unselfishness on offense.  So far it has been these things that have been the measuring stick more than the point differentials because the past opponents were overmatched physically.  What we do know so far:

–This team has outside shooters.  Besides Jaedyn and the recently cleared LaTascya, at least two of the freshmen—Viane and Mackenzie—can make threes.  In practices so can Paula, though that has not been evident in games yet.

–The team is unselfish on offense.  With LaTora setting the example (14 assists to 1 turnover the last two games) over 60% of the Lobo baskets have come with an assist.  And though I do not have the data, the eye test says the number of poor shots has been very small.  This should get better as the players learn each other more.  Finally in the NNM game there were a few times where Nevaeh set a screen and rolled to the basket for a return pass and easy shot—in the exhibition games she was doing the same thing but the passes were not there.  Those kinds of connections should improve.

–The team has work to do on defending the low post.  There have been too many easy entries and close in shots by opponents.  This is the physical mismatch that opponents have not taken advantage of yet, but teams with talented post players will.  Keeping AT & Shai out of foul trouble will be critical, along with continued improvement from Kath, Nevaeh, and Paula.  Paula needs to get stronger, and Kath needs to grow an inch or two.