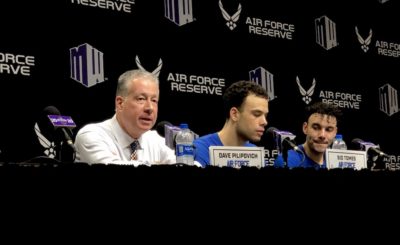 “Dave can truly make us better from top to bottom,” read a statement by UNM head coach Paul Weir. “I am incredibly fortunate that he elected to come here and support me and this program turning the corner and making it special once again.”

Pilipovich is replacing Craig Snow, who left the Lobos to pursue an opportunity unrelated to athletics. The newest member of the Lobo coaching staff spent 13 seasons with the Falcons, five as an assistant coach and eight as a head coach. He is now looking forward to teaming up with Weir.

“I have admired his coaching from competing against him and I am excited about what he is doing with this great program,” Pilipovich said on his official statement. “I have tremendous respect for the way he coaches, the kind of person he is and how he cares about his players. I’m happy to be a Lobo!”