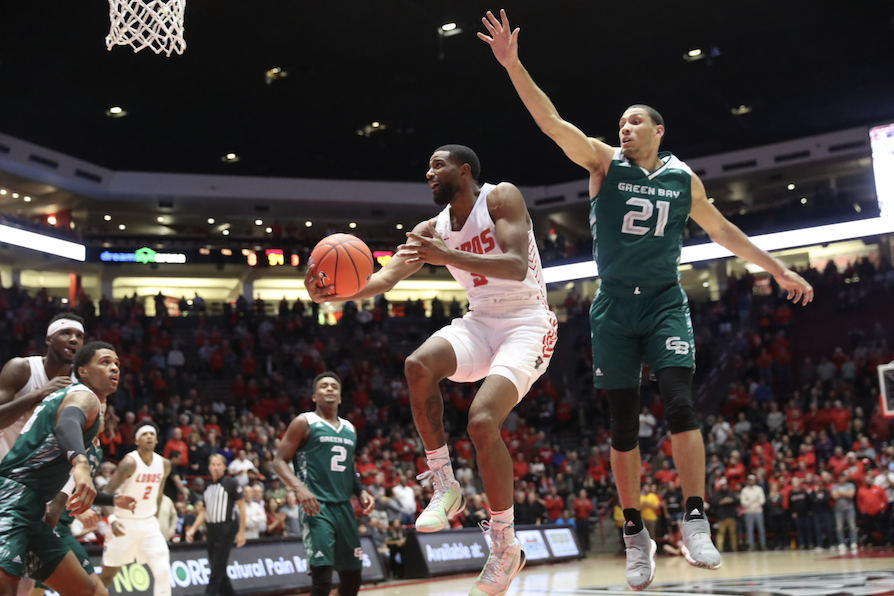 The University  of New Mexico Lobos have been going through a rough patch, but as players slowly return to the roster, the team is hoping to get back into a winning rhythm and be ready for March.

The Lobos are hosting Wyoming on Saturday afternoon. This is a team that doesn’t hold the best record, but has shown that it also can’t be taken too lightly.

The teams met for the first time this season on Dec. 7. That game saw a 79-65 victory in favor of the Lobos.

Wyoming is coming into Saturday’s game with a 6-18 overall record and 1-11 in the conference. Their lone Mountain West victory came from San Jose State on Feb. 1. The Cowboys also put out a decent game against Boise State three days later, even though they took a 62-67 loss. Wyoming had a five-point lead with under 10 minutes remaining. Neither team had total control throughout a game that saw 13 lead changes.

These two last games for Wyoming have shown improvements. The team is shooting at 39.9% from the field this season, but they shot at 47.5% against SJSU and 44.9% against Boise State.

Wyoming has also been taking advantage of opponents’ mistakes, as 27% of the points they got in their last two games came off turnovers. They registered 22 points against the Spartans and 18 against the Broncos. The Lobos will have to watch out for this as they had 19 turnovers that gave Wyoming 21 points during their last meeting.

New Mexico head coach Paul Weir said Wyoming has been playing well lately and had real chances at beating Boise State, who is currently tied for second in the conference.

“Coach (Allen) Edwards has them playing exceptionally hard, particularly in the defensive end. They know what they are, they are going to slow it down. They are going to have a particular tempo,” Weir said. “They are going to try to have the score in a range that they like, we can’t allow them to influence the game to that extend.”

Wyoming’s pace could be benefiting to the Lobos, who have shown they perform better when they slow down.

Redshirt sophomore Hunter Maldonado is the Cowboys’ leader in scoring (16.8 points per game), rebounding (5.6 per game) and assists (3.9 per game).

It's a tight one in the AA tonight!

Maldonado regains the lead for the Cowboys with under five left to play.#OneWyoming #GoWyo pic.twitter.com/dpJ77L4o67

Meanwhile, those stats are shared by three different players in the New Mexico roster. JaQuan Lyle is the leading scorer with 17.1 ppg. JJ Caldwell leads the team in assists with 5.7 per game, and Carlton Bragg leads in rebounds with 10.3 per game. Caldwell and Bragg have not rejoined the team although the coaching staff has not completely ruled out the possibility. UNM officials have to be on the same page as the coaches for those decisions.

New Mexico has recently had to play with a different lineup from the beginning of the season. In the last couple of games, the Lobos have been missing all but one of their original starters. However, Lyle will be available to play on Saturday and there’s a chance Vance Jackson, who was out due to an injury, also gets on the court. Jackson will be a game-time decision.

New Mexico, 16-8, 5-6 MW, is entering the game with a three-game losing streak. The Lobo lost five out of their last sixs games. Their last win was against San Jose State on Jan. 21.