Lobos lose 83-74 to Wyoming in overtime 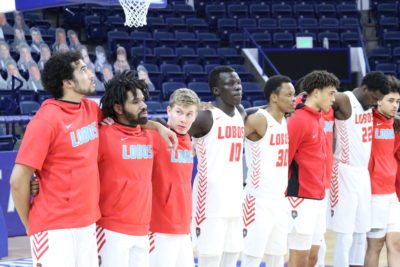 New Mexico came close to a good result, but the Lobos ended Wednesday night with another loss.

Makuach Maluach registered his third double double of the season with 17 points and 12 rebounds, but his own stats were not enough to help him feel better after an 83-74 overtime loss to Wyoming.

“It’s mentally draining to be honest. We’ve lost a lot of close games,” the senior said.

The Lobos hadn’t played in over two weeks due to the cancellation of the San Diego State series and the postponement of the Colorado State series.

Saquan Singleton hit the first field goal of the night for the Lobos a little over three minutes into the game. His three-pointer gave the New Mexico a 4-3 lead. Wyoming took control of the game for a while in that first period by going on a 9-0 run, but UNM answered with a 10-0 run.

The Lobos had a rare opportunity of six straight free throws toward the end of the first period due to one foul and two technicals called on Wyoming, but only made two of those shots. Unfortunate for the cherry and silver, but not completely surprising as the team has been struggling in this area all season. By halftime the Cowboys held a 33-29 lead.

The second period was also a close one. A three-pointer by freshman Javonte Johnson tied the game with 29 seconds left on the clock, and the Lobo defense made sure the game went into overtime. This extra period did not go well for New Mexico. Wyoming pulled off the victory by outscoring the Lobos 12-3.

“It is draining, of course it is,” said head coach Paul Weir. “It’s probably draining on everybody but there are a lot of things that are draining in life and we have to have the willpower to just keep pushing through and get ready for the next game.”