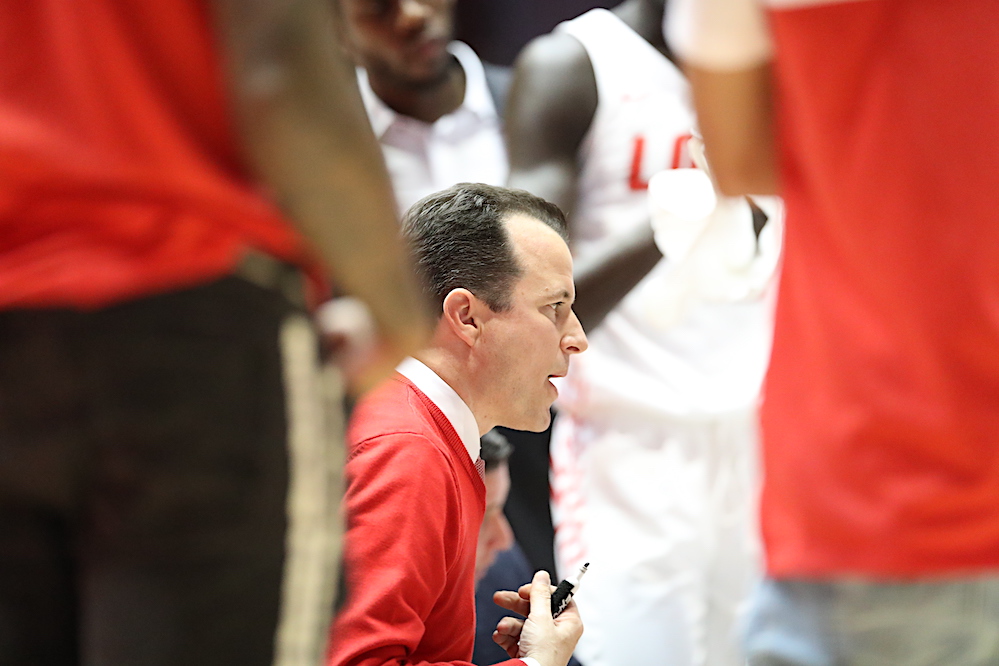 New Mexico hoped to bounce back from Wednesday’s nightmare this weekend. Instead, the Lobos got handed a 99-78 loss by the UNLV Rebels on Saturday. This is the first time in the 2019-20 season the Lobos lose back-to-back games.

The game started with a UNLV three-pointer by Jonah Antonio. Scary stuff for the Lobos since the CSU game saw a program-record of 19 three-pointers for the Rams.

But threes weren’t the issue for the Lobos on Saturday. UNM’s Corey Manigault responded with another one to tie the score 3-3 before the first minute was over. New Mexico finished the game shooting 10 successful shots from beyond the arc, two more than the Rebels.

At the beginning of the game, the Lobos appeared to have a stronger defense than in their previous game. They led by as many as nine points during the first period. However, UNLV went on a 9-0 run before the period was over and reached halftime with a 43-40 lead.

.@bham_10 closes out the 1st half hitting a floater in the lane, upping #UNLVmbb's lead to 3, 43-40, over the New Mexico Lobos, who led by as many as 9 in the opening 20 minutes of play! #BEaREBEL pic.twitter.com/xlIPgoYCVJ

Although it was only a three-point deficit, New Mexico head coach Paul Weir was not feeling good about it.

“We didn’t finish the half well and we didn’t rebound the ball well,” Weir said during the postgame radio show.” I think the shots we made and the shots they missed in the first half should’ve given us an 8 to 12 point lead…We went to some subs and unfortunately it was an immediate dive. We got the subs back out, went back to our guys and tried to rally. But it was too late.”

The Lobos tied the game at 47-47 after a layup by Zane Martin less than three minutes into the second half. The game remained relatively close for the next couple minutes, but eventually the New Mexico defense couldn’t hold back the Rebels anymore. At the 7:39 mark, UNLV had reached a double-digit lead.

New Mexico’s strategy this season has focused on keeping teams from winning in the paint, but the Rebels beat the Lobos 58-28 from there. UNLV registered 10 steals and also got 17 points off New Mexico’s 15 turnovers.

Both teams had five players scoring in double digits. UNLV’s Bryce Hamilton led everyone with 35 points on 14-for-19 shooting from the field. Teammate Marvin Coleman also stood out as he got the first triple double for the Rebels since 1999 with 11 points, 12 rebounds and 11 assists.

He's. On. Fire. 🔥 @bham_10 hits again from the lane, draining a jumper, off the pass from @Amauri_Hardy! #UNLVmbb pic.twitter.com/s4d6S3pWGJ

JaQuan Lyle led the Lobos with 20 points, while Corey Manigault followed closely with a double double of 19 points and 11 rebounds.

The UNLV bench beat the Lobos 42-3, something Weir said was a crucial to the Rebels’ second-half performance and victory.

“Unfortunately we just ran out of gas.” the coach said. “Their bench, to bring someone like Hamilton off the bench, to just have the depth that they had. They were coming in in waves. They were subbing, they were offense, they were defense.”