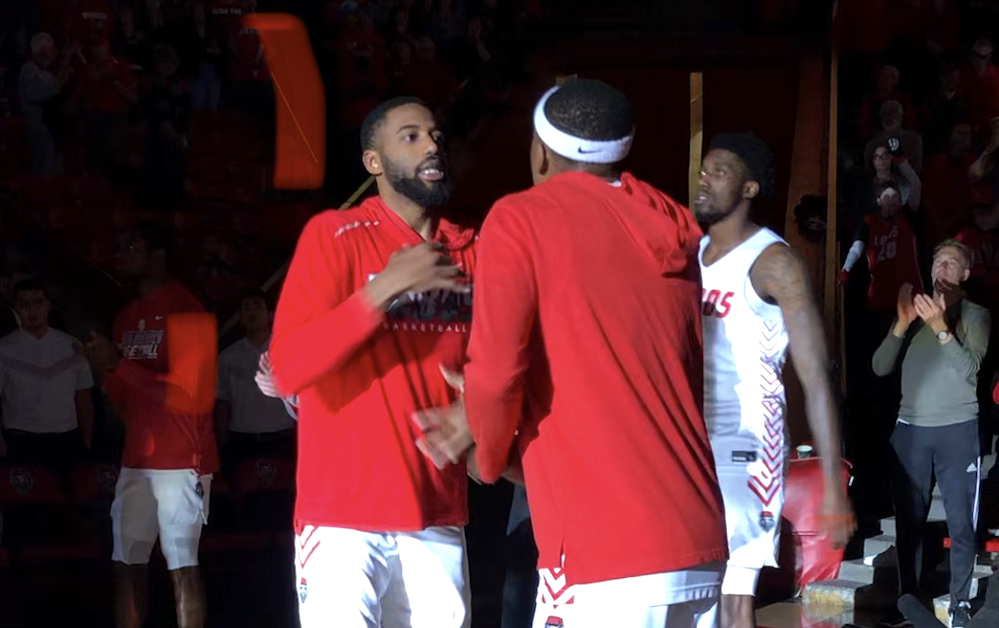 Lobos remain undefeated at home after win over Montana

The University of New Mexico Lobos got a 72-63 win hosting Montana during their first game back in Albuquerque on Sunday afternoon. New Mexico remains undefeated at The Pit this season.

The cherry & silver hadn’t played at home since Nov. 16 as the Lobos had a four-game stretch on the road. Head coach Paul Weir was glad his team pulled the victory on Sunday but admitted his team did not look its best.

“We just look a little tired right now,” he said. “I think the free throw line, even those early shots were air balls. We just didn’t have the legs and the juice I would’ve wanted… We just didn’t have a lot of burst tonight. We just talked about it in the locker room. We gotta find a way to get that back by Wednesday.”

Montana was more successful than the Lobos in the offense at the beginning of the game. The Grizzlies reached double digits at the 12:24 mark, leading 10-6. New Mexico had only made four out of 12 field goal attempts.

UNM eventually got warmed up enough and turned things around. Within two minutes, the Lobos, who are not a team known for three pointers, made four of them and were able to claim a 22-17 lead with under six minutes remaining in the half.

This one is from JJ Caldwell. Lobos are 4-8 from beyond the arc. pic.twitter.com/OKmgvZRDKm

New Mexico was leading 32-26 by halftime. The home team could’ve been up by more but free throws were just not going in. The Lobos as a whole only made four out of 16 attempts. JaQuan Lyle was not too hot during the first half as he went 1-for-6. He usually shoots at 79% from the the charity line.

Lyle wasn’t too happy with his performance so he worked on free throws to warm up for the second half. During the postgame press conference, Weir said this is not something he asked the player to do.

While the Lobos are doing layups to warmup for the second half, JaQuan Lyle is out there shooting FTs. He was 1-6 in the first half. The team was 6-14 in the half at the line (42.9%). Sort of a bad number for a team that relies on drawing so many fouls and getting to the line. pic.twitter.com/MCHZXhsArM

With a little under eight minutes remaining, the game was close with the Lobos holding a one-point lead at  51-50. Bragg added two points from the free throw line and Lyle then hit a three-pointer to give New Mexico a little bit more of a cushion. The New Mexico offense kept pushing and got its largest lead of 10 points with about a minute left in the game.

Overall, the Lobos shot at 43.1% from the field, with Bragg leading the winning team with 20 points and 14 rebounds. Montana’s Sayeed Pridgett led all scorers with 25 points and 10 rebounds.

With Sunday’s result, the Lobos improve to a 7-2 record. This should be a confidence booster before they play their first Mountain West Conference game of the season against the Boise State Broncos on Wednesday.

Notes
Four minutes into the game, JaQuan Lyle appeared to have been hit in the face. He went to the bench but then headed up the ramp to continue getting checked. He came back a couple minutes later and checked back into the game.