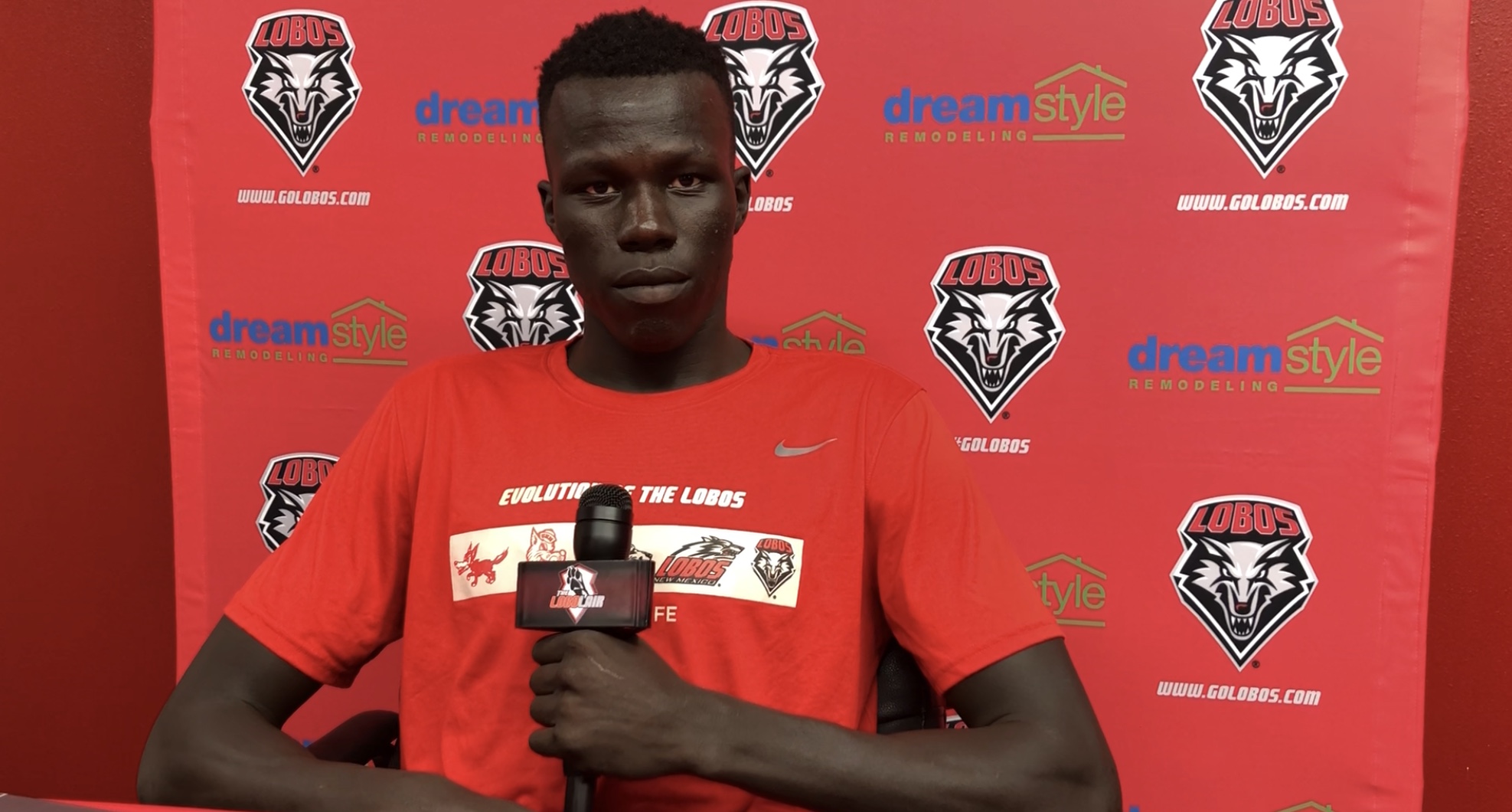 Makuach Maluach played soccer as a child. He grew up watching his cousin play basketball and would sometimes join him on Sundays. It was just something fun to do. But today, things are different.

Maluach is not only playing Division I basketball for the University of New Mexico. He recently found out that he is on the cover of Lindy’s college basketball preview. The magazine is set to hit the shelves on Sept. 11.

“I’ve made huge progress. When I first started playing I was really skinny. I wasn’t the most athletic guy,” Maluach said. “I just played it for fun. Now I’m more serious and I feel like I’ve gotten way better, more athletic. I just like the sport because I’m very competitive.”

The sophomore from Sydney, Australia said his family found out about the magazine before him and began flooding his phone with messages telling him how excited they were and to keep up the good work. Maluach said he was shocked when he found out, but also proud of himself for this accomplishment that showed he’s been making progress.

As expected, he kept some copies for himself. When asked how many, he replied with “a lot.” He wants to use them as a reminder as well as a way to stay inspired.

“I just keep them in my room,” he said. “Every time I wake up and I feel lazy or I’m whining about how I have to get up early, I just look at them and it motivates me.”

One adjective Maulach used to describe himself is “quiet.” However, he said he can be loud around his friends. He likes to have fun and during his free time he can be found playing soccer, going to the movies or challenging a teammate in video games. FIFA and 2K are some of his favorite games.

A little trash talking going on. Vance Jackson said he beats Makuach on FIFA. Makuach said this was definitely not true and that Vance doesn’t even play FIFA 😂

When it comes to music, he said he would much rather sing than dance. But although he said he enjoyed singing, he admitted he wasn’t particularly good at it. Maluach listens to some Australian country music, but mostly listens to rap. Some of his favorite artist include Travis Scott and Lil Uzi Vert. The song he is currently listening to the most right now is “No Bystanders.”

Two other adjectives Maluach associates himself with are hard working and competitive. He pushes himself everyday to be better and so far it has paid off. He decided he would pursue basketball at the highest level when he was a junior in high school and his team went to a tournament in which he was named MVP.

With his competitive nature, Maluach doesn’t leave much to chance. He already knows what his goals are for when he graduates from UNM.

“After I graduate I want to obviously play basketball at the highest level, but after that, I want to set up my own business,” he said. “Set up a company, be a sole trader, be the owner of my own company.”