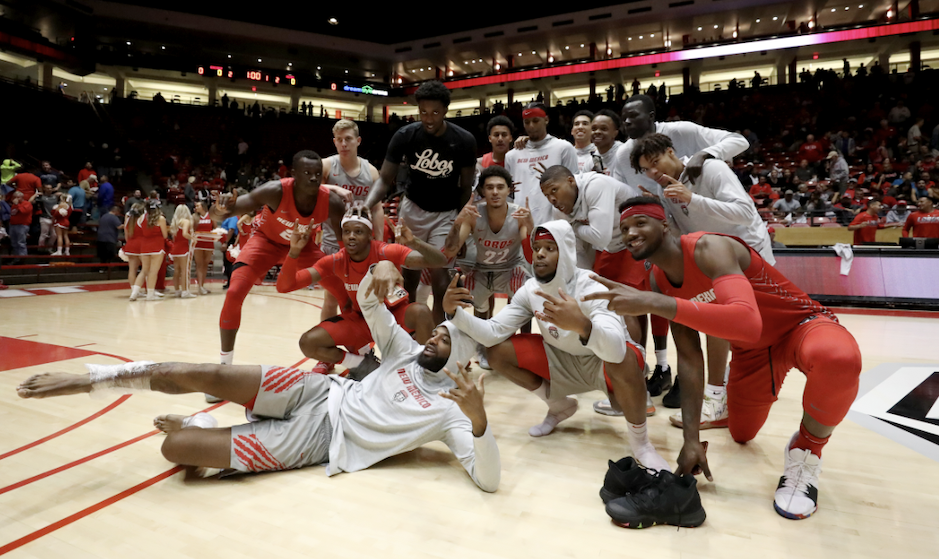 JaQuan Lyle had made some bold predictions about the results of the Cherry & Silver event on Saturday. He said his team would beat Carlton Bragg’s Cherry team by at least 10 points, but that did not happen.
The Cherry team won 58-54, lifted by a 23-point performance by junior Makuach Maluach who went 10-13 from the field. This is the kind of performance head coach Paul Weir thinks is possible for Maluach.
Cherry & Silver scrimmage stats.
“There is a really cool article on ESPN about Jason Tatum and the Celtics, how his second year was so much different from his first year and how he tried to bounce back. I sent it to him,” Weir said. “It’s a very long article. But he responded back to me and said, ‘Coach. that’s me.’ I said, ‘you’re exactly right.’ It’s time to turn the page, it’s time to have a great junior year. Put whatever happened last year away and let’s have a fun year.”
Click here to read the article: The de-Kobe-ing of Jayson Tatum had begun.
While his scrimmage prediction didn’t go well, Lyle did have a prediction that was right. He said he would win the three-point contest, which he achieved after defeating assistant coach Jerome Robinson in the final round.
Lyle said he will be reminding Robinson about this until April. Overall, Lyle was glad to finally get out on the court and play in front of fans, but his focus right now is to continue improving.

JaQuan Lyle @_jlyle13 predicted this, he is the three-point contest champion! pic.twitter.com/lMyUv8O2LE

“The only thing I would really say I did well tonight is I put the ball in the hole,” he said. “Outside of that I didn’t rebound well, I didn’t pass well. I was just happy to finally be out here, watch film from it and go from there.”
Emmanuel Kuac was the dunk contest winner. This was a nice result for him, as he had been questionable up until the day of the event. Kuac suffered a knee injury toward the end of the first official practice of the season. While it’s not serious, the staff was taking precautions. He really wanted to participate, so he continued checking in with the athletic trainer.
“It was big, but I kind of saw it coming,” Kuac talked confidently about his win. “I’m really excited I won, there was really good competition.”
Drue Drinnon was the dunk contest winner last year, but he wasn’t who Kuac was worried about the most.
“Tavian, for sure,” he said. “I was worried a little bit about Drue too. He is short but he can jump. Tavian is very athletic.”

The Lobos don’t play their first official game of the 2019-20 season until November 6, but they have two private scrimmages before that. Weir said this is the time of preseason that will help determine what the team will look like.
“We have two scrimmages against other teams, we haven’t played against anybody else. A week from today we start that journey. We have to figure out our rotation, our players,” he said. “Who makes the rotation and who doesn’t. Just kind of fit that together, it’s an exciting time. You have guys who have bought in and really want to go out and compete. It’s a good problem to have so it’s an exciting time.”
Notes
Check out Carlton Bragg’s piano performance before the event. Lyle said he was trying to talk Bragg into playing a song he knew the lyrics to so they could do a duet. The song was The Hills by The Weekend, but Bragg wasn’t really into the idea.