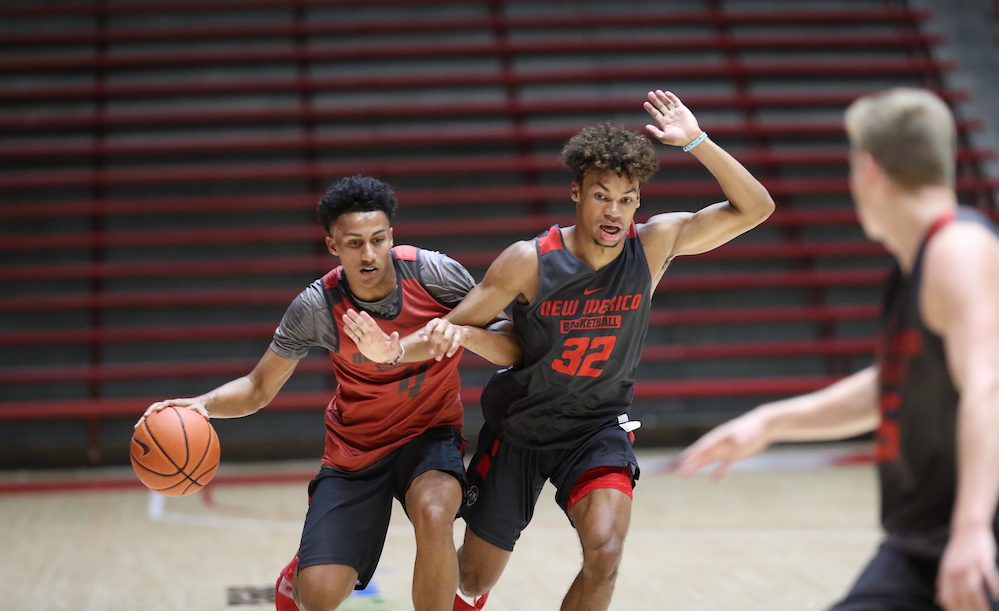 The University of New Mexico men’s basketball  team is officially on a break before the 2019 fall semester begins. Here are some updates from the last two weeks.
Schedule
Head coach Paul Weir did not rush to put out the nonconference schedule last year, and he is not rushing this year either. During the press conference on July 31, Weir said the staff still has two more “opportunities” to schedule (including exhibition). He said he wants to get it right, so he’s not putting a time limit on it. The team is continuing the series with UTEP and starting one with Grand Canyon.
Roster

back to the basics… ready for this season, I hope you are as well ⛹🏾‍♂️

Promotions/Howl
Weir said he and his staff just began talking about what event the team would have this year (Howl/Cherry & Silver). However, there will be no information released until football has kicked off. Weir does not want to steal the spotlight from Bob Davie and his team, and even showed support by attending the first day of the football camp.
Football and basketball might be partnering for tickets this season. The men’s basketball team is also talking about tailgates with other teams.

Day 1 and @UNMLoboMBB head coach Paul Weir and staff came out to see Coach Davie and the squad. Weir’s message? “We are all in this together. You set the tone!” Thanks coach Weir!!! #GoLobos pic.twitter.com/JWQFTzJIxp