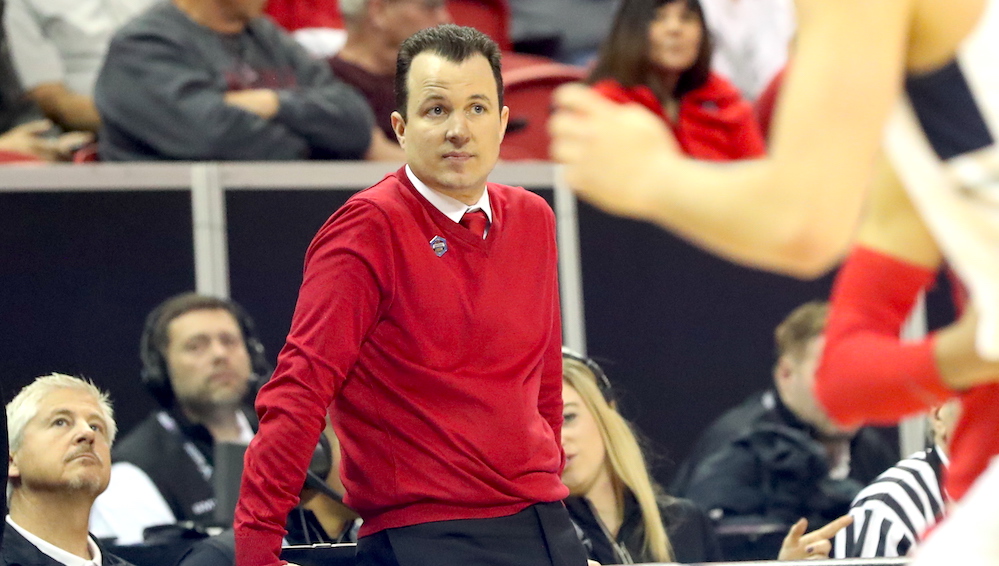 New Mexico head coach Paul Weir caught up with the media for the first time in an official manner since the season ended. The press conference took place on Tuesday afternoon through a Zoom call. While there is no new assistant coach or schedule yet, a variety of topics were discussed.

Weir said that when he saw what Sean Payton was doing with the Saints, that’s what felt most “authentic” to him. The coaching staff has been checking in on players but for the most part the student athletes were given time for themselves.

“I gave them time to focus on their families, their academics and studies, themselves… just gave them some space,” the head coach said. “This past week has been the first time we’ve kind of started to talk about basketball.”

Roster
Weir said the young players who signed had terrific seasons in their particular high schools and the staff is excited about them. However, there is also a lot of confidence in the older players who will be leading the group.

The coach said seniors Keith McGee, Makuach Maluach and Zane Martin were “very undervalued” because of who they played with/behind last season.

“Going into their senior years, they are guys who I really consider to be among the top of the conference in their respective positions,” he said.

When it comes to younger returning players, he thinks Emmanuel Kuac and Kurt Wegscheider could take a big step in their development.

Newcomers who are a little older, Weir said, all seem likely to be immediate contributors and fill in for players the staff didn’t foresee losing for next season.

JB White
Santa Fe’s JB White is hoping to join the Lobos in the fall, but Weir can’t comment on him or the situation since he hasn’t signed anything yet.

Updated ESPN rankings. Incoming Lobo JB White (@JB_White_) is No. 100 in the class of 2021. pic.twitter.com/BfTcXeaK6c

Jeremiah Francis
Jeremiah Francis’ eligibility is still to be determined. Weir compared it to the situations of former Lobos Anthony Mathis and Carlton Bragg. The coach explained that in Bragg’s situation, the biggest issue was not having the right cooperation and support from his previous school.

The New Mexico coaching staff is trying to make sure the waiver they put in for Francis will have North Carolina’s full support.

Rod Brown
Weir doesn’t want to put a lot of pressure on Brown, but he already has high expectations for him.

“We are really looking at him as bringing in a blue collar, hard hat energy and work ethic to the top of our press that we haven’t had since Sam Logwood,” he said.

Race issues conversation
Weir explained he doesn’t feel like the proper authority to teach his players about that topic. Instead, he feels it should be the other way around. The team has gotten together on Zoom to have that discussion.

“They are more the authority than I am….It’s their experiences, their perspectives on what this means to them. In their local communities that they are in right now, or just how things have occurred when they are here that we can know more about as a program,” the coach said.

Earlier this month, the UNM men’s basketball program took part in an event with community leaders to have a discussion about the social environment in Albuquerque.