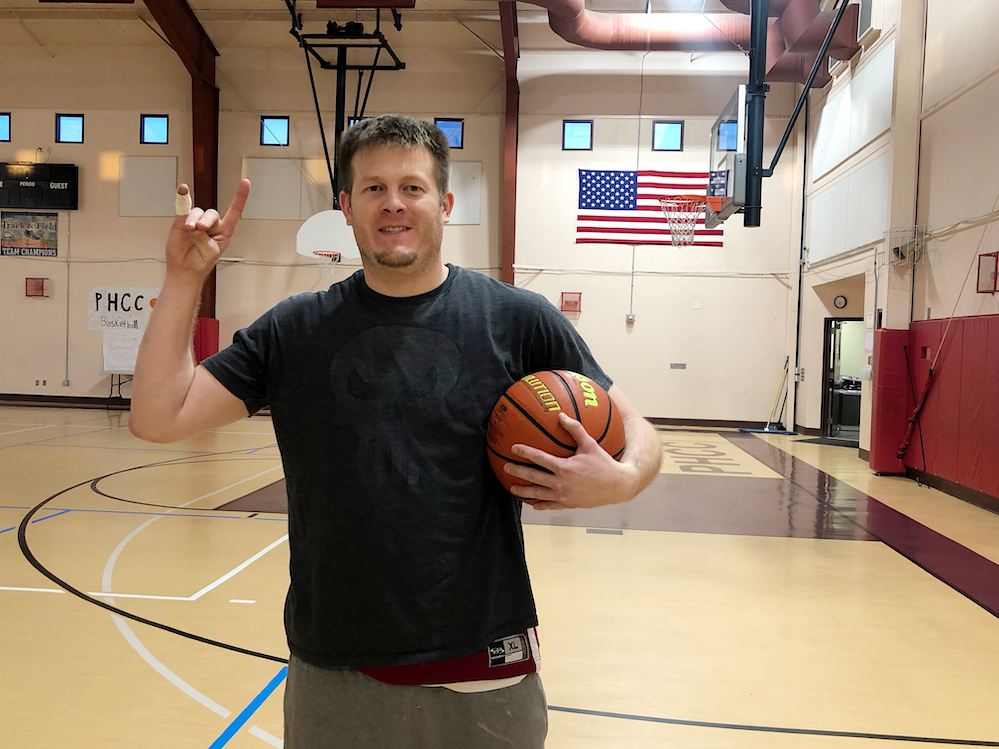 New Mexico native Mikal Monette played for the University of New Mexico men’s basketball team from 2002-2004, something he had aspired to do since he was a kid. He recorded a total of 206 minutes in 29 games.
“It was fun. I grew up here and I always wanted to grow up and be a Lobo, play in The Pit,” he said. “It’s something I always wanted to do and looked forward to possibly doing one day.”
Check out this Q&A from 2003 with questions from UNM fans.
At 35 years old, Monette’s career as a Lobo has long been over, but that doesn’t mean he is done playing basketball in New Mexico. He now continues to be active on the court by playing with the Albuquerque Bullsnakes, an American Basketball Association team. Monette didn’t learn about the tryouts until a day before they happened. He didn’t know what to expect going in, but he figured he would at least get a good workout out of it.
The experience with his new team is not quite the same as playing Division I college basketball. The Bullsnakes have gotten decent crowds during their exhibition games but not quite as deafening as The Pit. Players go in an out, some can’t show up to practice consistently due to families and work.
However, there are a lot of things that are similar. Players still have to practice and work hard, while also getting to know each other to become a united team. The biggest charm this group has is that it is a representation of the local talent the state has to offer. This roster, Monette said, has the right pieces to be successful and can put on a good show.
“It’s really fast-paced, high-scoring,” he said about the ABA style of play. “Everybody on this team can score. Anybody in one night could give 30 points or more. Talent wise, it’s really there.”
Devon Williams is another former Lobo on the team. Obij Aget made it to a couple of practices before he got a professional contract somewhere else. Darren Prentice was recently also around but it’s unclear if he will join the roster.

Personally, Monette said his game has improved. He is not just an inside guy anymore, as he feels a little more comfortable outside now as well. His shooting has also gotten better. Monette explained that he is getting older and might not be as athletic as he used to be, but he still finds ways to get things done.
He, like the rest of the team, is anxiously waiting for the inaugural season to start in November. The Bullsnakes have yet to play an official game, but Monette remembers the support he got as a Lobo and hopes the community embraces this team just as much.
“We are still pretty new, we’re still kind of getting our name out there. It could be better but it’s not horrible,” he said about the buzz around his new team. “People will realize they know a guy from Volcano Vista or from Sandia, or some guys from UNM like myself. Once people start seeing that and come out to see the quality of basketball, I think it’s something this town will really like to see.”
Monette said his goal in the next couple of years is to still be playing basketball, maybe not at the same level but still having fun. Another goal of his is to one day settle down and have a family.
“I’m one of the older guys and I’m also one of the single guys too so if anybody out there gets this, come and say ‘what’s up?'” he laughed.