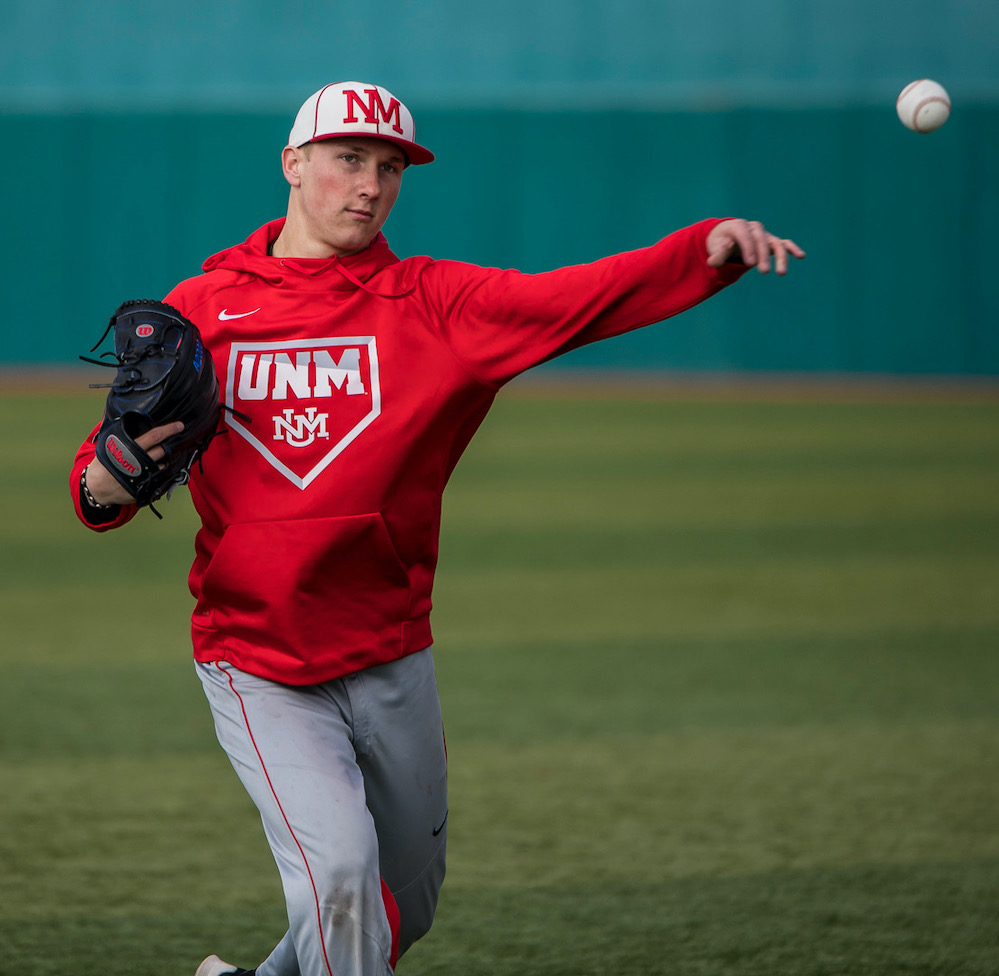 The University of New Mexico baseball team is set to begin it’s 2020 season at the Sanderson Ford College Baseball Classic in Suprise, Ariz. from Feb. 14-17.

New Mexico will be facing Oregon State, BYU and Gonzaga. The Oregon State Beavers will be the Lobos’ first matchup. This is a familiar opponent, as the Lobos also opened against them, then-No. 8 team in the nation, last year. The cherry & silver was on its way to pulling an upset as the Lobos led 5-3 at the top of the ninth. The Beavers stole the victory with three runs at the bottom of the inning.

Junior college transfer Kyler Castillo and Redshirt junior Cody Dye were named this year’s captains. Castillo is a newcomer, but Dye has been around for a while. He was a starter during his sophomore season in 2018 but missed the following season due to Tommy John surgery.

The Lobos, who ended the 2019 season in last place, are predicted to finish in fifth, the league announced on Tuesday.

Redshirt junior Connor Mang was named to the 13-player preseason All-Mountain West Team. During his redshirt sophomore season he hit .359 (71-for-198) with 16 doubles, three triples, four home runs and 47 runs batted in.

He ranked in the top five of the conference for his batting average, RBIs and double total. Mang also appeared in the top ten for his hits and on-base percentage.

Nathaniel Garley was going to play the season opener, but the senior could be out for several weeks with mononucleosis. Drew Gillespie will take a medical redshirt season to recover from an offseason back surgery.

Head coach Ray Birmingham said those two guys were important for the team, but he is not too worried.

“The good news is, we have a lot of suspects on our pitching staff, probably 14 or 15 guys with serious potential,” Birmingham said. “We have options. Last year all we had was duct tape.”

Lobo2x53 April 2, 2021
Joe Auletta @lobo2x53 A day after UNM announced the hiring of Isaac Chew and Andy Hill as assistants on the men’s basketball team, Coach Pitino he [...]

10 months ago
© 2020 The Lair NM. All rights reserved. Designed by Urban Walrus Creative