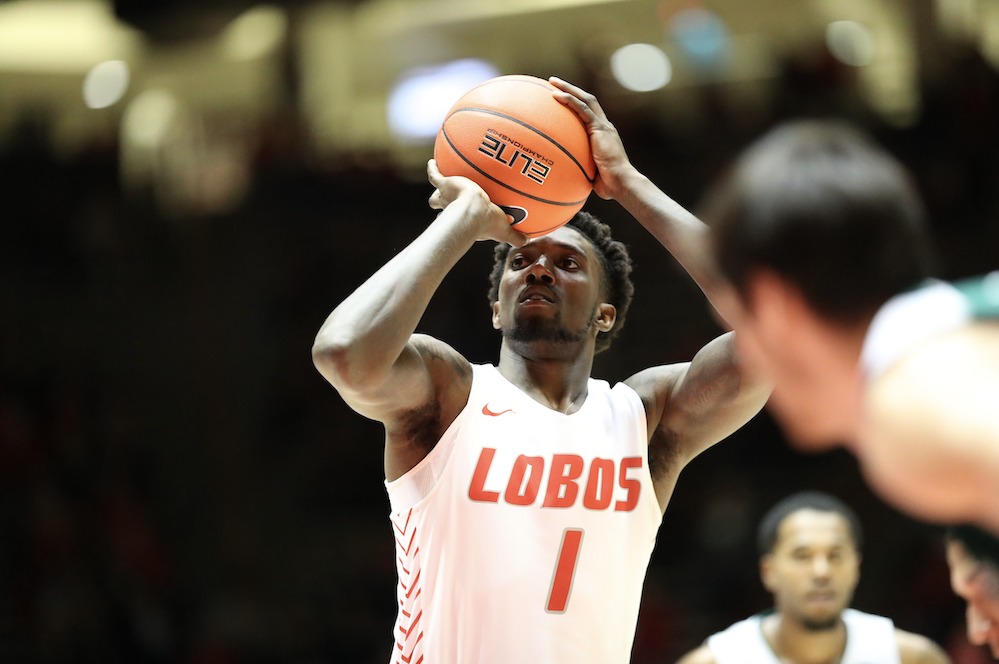 New Mexico goes 2-0 in MW after win at Wyoming

New Mexico is 2-0 in the Mountain West conference after defeating the Wyoming Cowboys 79-65 on the road on Saturday afternoon.

The Lobos were up 8-3 within the first five minutes of the game, Wyoming managed to catch up at the 13:13 mark. But with around five minutes remaining, New Mexico was already seeing a double digit lead after sophomore Tavian Percy hit a three pointer.

By halftime the Lobos enjoyed a 32-21 advantage. They were only shooting at 36.7% from the field but held Wyoming to 31.0%. The second half saw improvement in shooting for both teams. The Cowboys were at 42.9% while New Mexico went up to 60%.

The away team was able to hold on to the lead for the entire second period, the largest lead coming in with four minutes remaining at 20-points with a score of 71-51.

Turnovers were not the most favorable stat for New Mexico. The Lobos had 19, which allowed Wyoming to collect 21 points. Nineteen turnovers was not only more than the Cowboys 13 turnovers, it was also more than the assists New Mexico got (15).

Wyoming’s Hunter Maldonado led all scorers with 27 points, shooting 10-for-18 from the field, and 4-for-5 from beyond the arc. New Mexico’s leading scorer was Corey Manigault, who collected 18 points going 7-for-9 from the field.

The Lobos now get a little bit of a break as their next game is not scheduled for another week. UNM will be hosting the New Mexico State Aggies on Dec. 14 for the second game of this season’s Rio Grande Rivalry series.