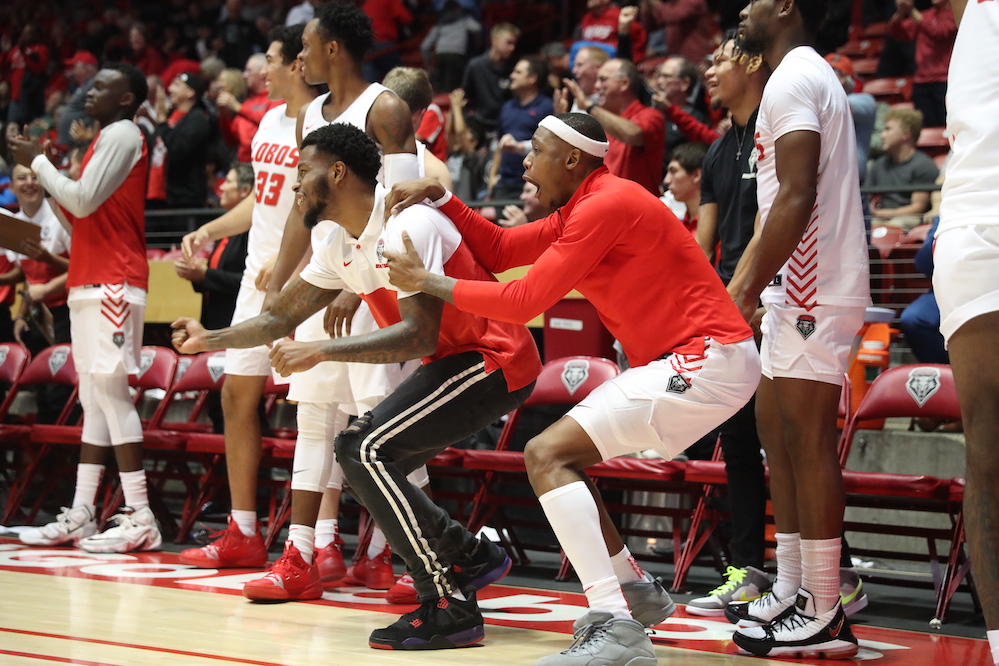 The only undefeated team in the nation is visiting The Pit on Wednesday night. The San Diego State Aztecs are currently the No. 4 team in the country and they are getting ready to play the Lobos, who are undefeated in Albuquerque.

New Mexico hasn’t started 13-0 in The Pit since 1998-99 when the team went 16-0 at home before picking up a loss. This happened as a member of the WAC. The 13-0 start is a record for the Lobos as members of the Mountain West Conference.

“I’ve been there enough that I know I can’t talk to my team during the game, it’s so loud in there… They are a different team at home than they are on the road.” said SDSU head coach Brian Dutcher.

While New Mexico was called an underrated team during preseason, the group looks very different at the moment. Only one of the starters from earlier in the season has been available. JJ Caldwell and Carlton Bragg had issues off the court, while Vance Jackson and JaQuan Lyle have been recovering from injuries.

Lyle also got his name in the middle of some not-so-positive news when he rented an Airbnb to throw a party the same night his team took a 22-point loss to the Nevada Wolf Pack. The party got out of control and a UNM athlete got shot. The injury was not life threatening.

Makuach Maluach is still starting, but his consistency, especially on the road, is not something the Lobos can always rely on. Earlier in the season, Maluach said he was focusing on becoming a better defensive player since his team already had a lot of offensive talent. That was true at the beginning of the season, but the top two scorers are Lyle and Bragg, who average 17.1 and 12.6 points per game respectively.

The third leading scorer in the Lobos’ stat sheet is Corey Manigault, the only true big UNM currently has. He averages 12.0 points per game but his 4.9 rebounds per game are not close to Bragg’s 10.3 per game. The Lobos’ depth left a lot to be desired when the Nevada bench outscored New Mexico 40-11 this past weekend.

Scoring will be a specially big task on Wednesday with SDSU having the best defense in the conference, holding their opponents to an average of 57.2 ppg. The Lobo defense is second worse in the MW allowing 75.5 ppg.

While New Mexico has had a season filled with scandals, the Aztecs are feeling on top of the world. Not only are they yet to lose a game this season, but they have now registered the best start and longest winning streak in school history with their 21-straight wins.

Malachi Flynn is leading San Diego State’s offense averaging 16.8 ppg. He has been performing even better on the road, averaging 19.9 ppg when playing away from home. The second most consistent scorer, Yanni Wetzell, is averaging 12.0 ppg and leads the conference in field goal percentage at 59.6%.

While the Lobos are underdogs for Wednesday night, the team has shocked everyone before. Last season New Mexico hosted an undefeated No.5/6 Nevada team and pulled a 27-point upset on Jan. 5, 2019.