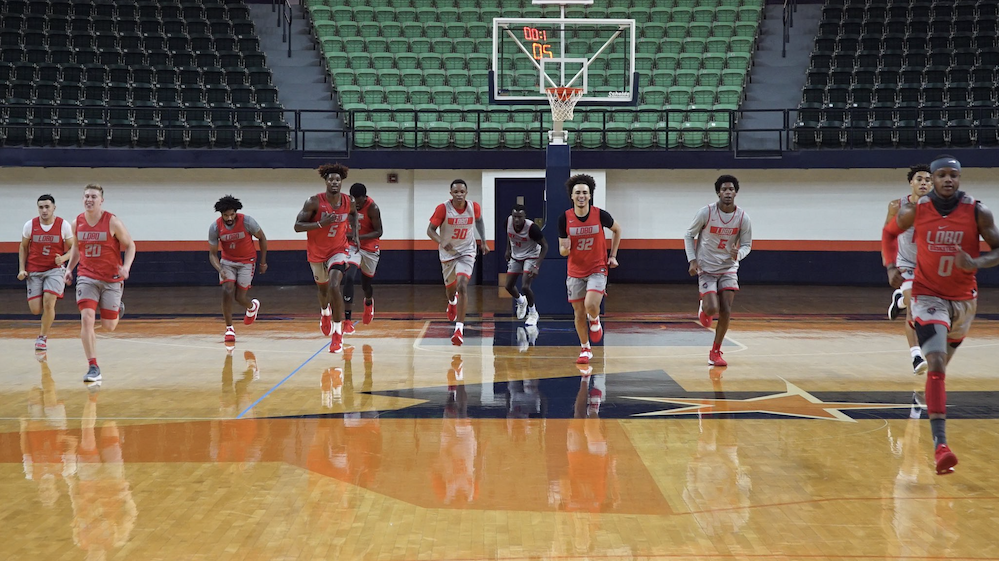 The University of New Mexico men’s basketball team has finally scheduled some non-conference games. The Lobos will open the 2020-21 season with a game against the Rice Owls on Sunday.

What should Lobo fans expect from this roster? Even head coach Paul Weir is not 100% sure.

“We’re waiting to know, like you are, to be honest with you,” he said.

Non-conference schedule, Rice helps out
The Lobos first game of the season got scheduled in a 2020 fashion, but it was a pleasant surprise for head coach Paul Weir and his team.

Rice was supposed to play Houston on Saturday, but COVID-19 related issues postponed the game against the Cougars. New Mexico strength and conditioning coach Nick Michael used to work at Rice, and when the Owls were looking for a replacement game this weekend, head coach Scott Pera called Michael.

Michael passed along the message to Weir, and after several phone calls between the coaches and a lot of “pretty intense communication” the deal was done. The Owls offered their facility to use for practice, a weight room and even Tudor Fieldhouse as a temporary home for the Lobos to “host” up to two other games next week.

New Mexico hadn’t been able to finalize any non-conference games, but Rice helped there too. The Owls played the Our Lady of the Lake Saints, an NAIA team, earlier this season and helped set up a game for the Lobos. The cherry and silver officially announced their game against the Saints for Tuesday Dec. 15.

The Lobos were hoping to play Rice as the second or third game of the season, but this wasn’t possible. Weir said he is just grateful to be able to get his team out on the court and prepare them for the conference opener against Boise State on Dec. 21. Weir said he is still talking to “a number of teams” to see who the Lobos could potentially play next Thursday.

Scouting New Mexico
The Lobos did a couple of scrimmages in Texas and they played hard, maybe a little too hard. Weir said his team kept getting in foul trouble, and wanted to figure out if the Lobos were fouling because they weren’t used to playing other opponents yet or because of the speed.

“We were playing at 100 mph. We fouled a lot and I told the guys we are going to go from 100 and we are going to pull this thing back to about 80,” Weir said. “We do intend on playing fast, particularly on the defensive side of the ball and if we can stay out of foul trouble doing it and safely move ourselves faster and faster and faster, then that is something that we plan on doing.”

The coach avoided picking a starting lineup for a while to encourage players to continue competing, but also because this year it is more important than ever to not just rely on a couple of guys. 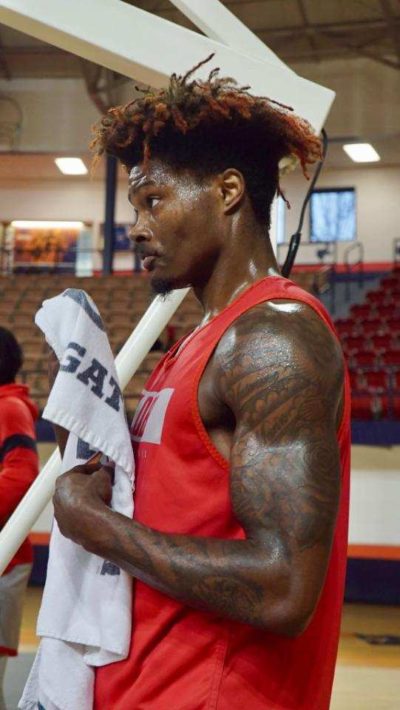 Media members haven’t been able to watch practice this season, but here are some notes on some members of the roster:

Scouting Rice
The Owls started the season with a 4-0 record. Pera has shown improvement every year since he became the Owls head coach in 2017. That first season he only won seven games, last season the team went 15-17 overall. Not the most impressive record but they did pull off some upsets including wins against Penn and the Conference USA regular season champion North Texas.

The Owls were voted last place in the  2020-21 C-USA Preseason Poll. They lost some valuable players to graduation and the transfer portal.

Four players are currently averaging double digits with Quincy Olivary leading with an average of 14.3 points per game. The 6’2″ sophomore guard is shooting at 54.1% from the field and 50% from beyond the arc. Max Fielder, a 6’10” sophomore forward, is leading the team in rebounds with 9.5 per game while also contributing with 13.0 points per game.

The last time Rice and New Mexico faced each other was on Dec. 19, 2017. That was the first year as head coach for Weir and Pera at their respective programs. The Lobos took a 78-69 victory at The Pit.

Weir feeling pressure, but support is still there
Pro basketball in Albuquerque is focused on community and local flavor
Mathis finishes strong as Lobos get first MW win
Men's Basketball 355