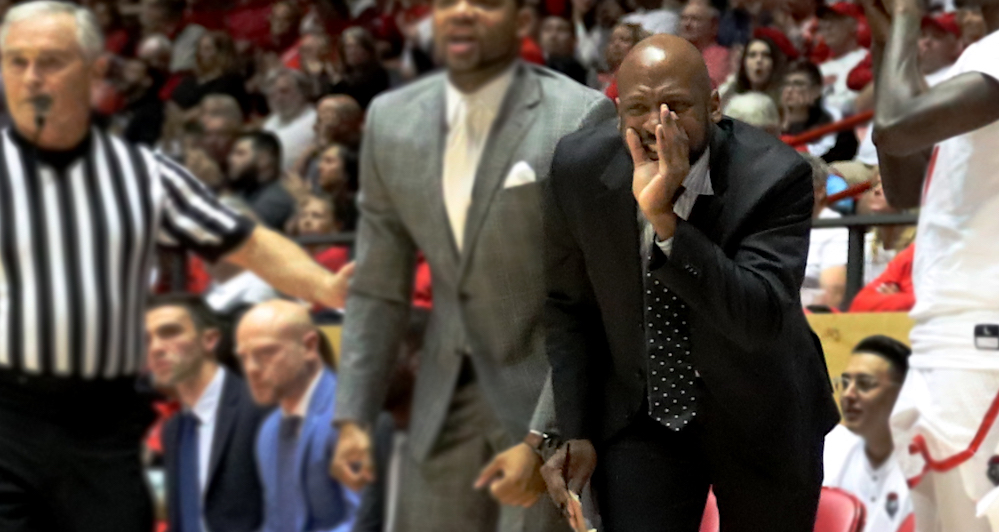 Erik Spoelstra and Frank Vogel held the video coordinator title at some point in their careers. They’re now coaching in the NBA Finals with the Miami Heat and the Los Angeles Lakers. The path to becoming a coach is not easy or even a straight line, but Ralph Davis is climbing that ladder in New Mexico.

Davis was born in New York, but started working in the land of enchantment in 2009 when he served in the assistant/associate coach capacity with the New Mexico Military Institute Broncos until 2015. He then became head coach of the junior college.

He was hired at the University of New Mexico in 2018 as video coordinator for the Lobo men’s basketball team. It was technically a lower position than the one he previously held, but it was at a Division 1 school so it meant he had more room to grow.

The growing happened fast. In 2019, Davis got promoted to director of operations. This upcoming season he will be an assistant coach. It only took a few years to get back into a coaching role, but he still called it “a blessing” since nothing in the industry is ever guaranteed. While he wasn’t completely surprised head coach Paul Weir gave him the job, he also wasn’t just handed the new role.

“Going through the process, it was more so just about reassuring him and making sure he understood how much this place meant to me and how much of a continued asset I could be to this program in this new role,” he explained.

.@UNMLoboMBB’s Ralph Davis on how his previous two roles with New Mexico have prepared him for his new title of assistant coach. Interview with @cisabelg. pic.twitter.com/tVNYmuJhwK

He and Weir, who was previously at New Mexico State, have known each other since 2012. Davis said that even when he was an assistant coach at the junior college, Weir was already giving him mentorship and advice.

“Some of the biggest things he always talks about is outworking people. That sounds cliché, but how to do it properly,” he said. “Not just spending endless time doing things that don’t move the needle, but trying to find a way to impact everything you put your hands on.”

Other ways Weir has helped him include encouraging the expansion of knowledge. The head coach is know for his love of books, and Davis said he has been recommended too many to name, but he appreciates Weir’s encouragement to “always be thirsty for more.”

Davis is currently working with assistant coach Dan McHale on the Lobo defense and also working with the guards. Because of the pandemic, the team is not doing full team practices yet.

He described the summer as “nontraditional,” and admitted that it perhaps wasn’t ideal for new players when it comes to adjusting to the new system. However, he also pointed out that the current practices with smaller groups allow for more attention to detail.

The roster is usually divided into two groups. This, Davis said, has been really good for his own learning experience because he can reflect on what worked during one session with one group and make adjustments for the next one.

The Lobos have a new video coordinator this year, 26-year-old Robert Edwards who held the same title at Texas A&M Corpus Christi last season, and was a graduate assistant coach at Nevada from 2017-2019.

Davis said he already sees potential in Edwards because of his energy and work ethic. Since he was in that position not that long ago, the new assistant coach can pay it forward by providing some helpful advice.

“He’s on my tail, he’s working hard,” Davis laughed. “I told him the same thing I would tell anybody else who asks, keep doing what you’ve done to get to this point. Obviously continue to improve in any areas. Continue to make sure your strengths stay your strengths, and improve your weaknesses.”