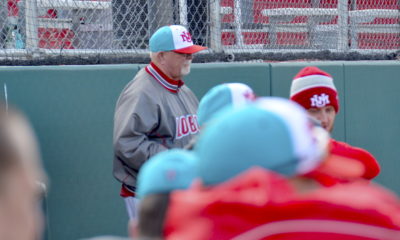 New Mexico baseball head coach Ray Birmingham will retire at the end of the Spring 2021 season, per release.

“I want to thank the people of New Mexico for being so good to me for so long,” read Birmingham’s officially statement.

He spent 14 season with the Lobos and led them to four regular-season titles, three Mountain West Tournament titles and five NCAA Regional appearances.

Birmingham was inducted into the New Mexico Sports Hall of Fame in 2015. His love for New Mexico can be seen all over his social media, where he constantly posts about the state and its people. The Lobo baseball team typically included a good amount of New Mexican players.

There will be a press conference at Santa Ana Star Field on Monday, April 19 at noon. Fans, asked to wear masks and adhere to social distancing guidelines, will be allowed to attend.