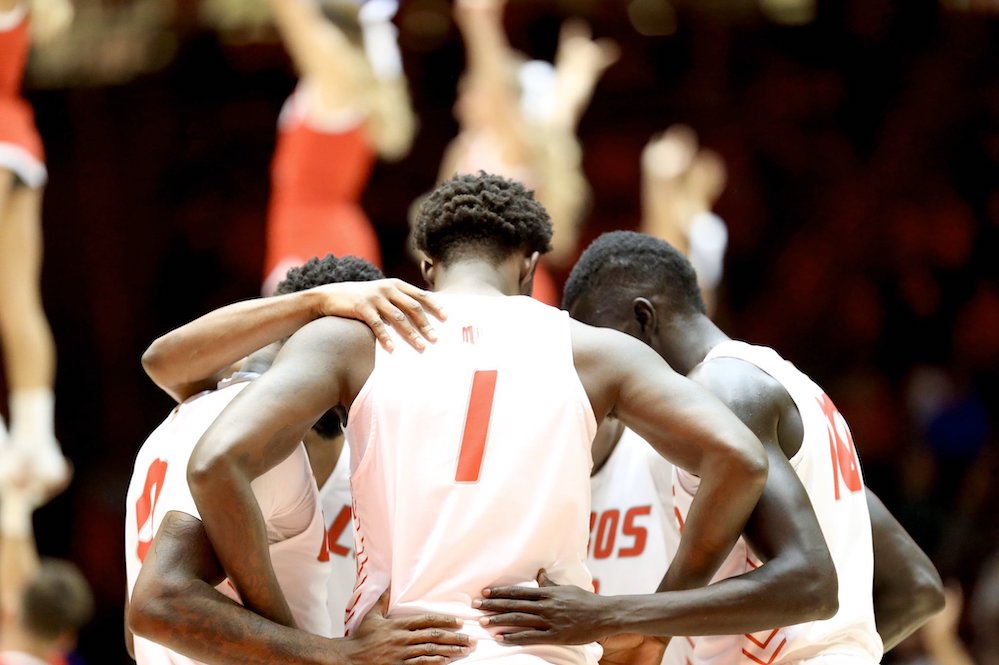 New Mexico is taking part in the 2019 Roman Legends Classic in Brooklyn, New York. The Lobos will open with a game against the Auburn Tigers on Monday Nov. 25.

The cherry & silver is coming off an in-state rivalry victory over the New Mexico State Aggies, but Auburn is a more challenging opponent. Interesting enough, the Tigers battled NMSU during the 2019 NCAA Tournament and almost didn’t make it to the next round.

Auburn ended last season with a 30-10 overall record and made it as far as the Final Four. The Tigers had to beat NMSU, Kansas, North Carolina and Kentucky to get there. They eventually lost to the Virginia Cavaliers, who ended up winning the 2019 NCAA Division I Championship.

The Tigers are still good this year. They were ranked 19 in the AP Poll for Week 3 and are undefeated so far with a 5-0 overall record. Their offense is seeing three players score in double digits. Samir Oughty is leading his team with an average of 18.8 points per game. Isaac Okoro and Daniel Purifoy follow with 14.2 and 11.2 points respectively.

New Mexico has five players who are averaging double figures. JaQuan Lyle leads everyone with 19.8 points per game. The other four players are Corey Manigault (12.3) Carlton Bragg (11.8), Makuach Maluach (11.5) and Zane Martin (10).

The Lobos are 4-1 so far with their only loss being a 63-66 result in favor of the UTEP Miners during UNM’s first road trip of the season.

UNM head coach Paul Weir has been consistently saying that his current roster has a lot of potential in the offense but has to keep improving in the defense. Both will be important for the Lobos to be successful on Monday night as Auburn is averaging 87.2 points per game while limiting opponents too 68.2 ppg.  New Mexico is averaging 85.5 points per game and allowing 73.7 ppg.

Both teams faced the CSUN Matadors this season. The Lobos won by 27 points while Auburn won by 46.

On Tuesday, the Lobos will be facing either Wisconsin or Richmond for a championship or consolation game.