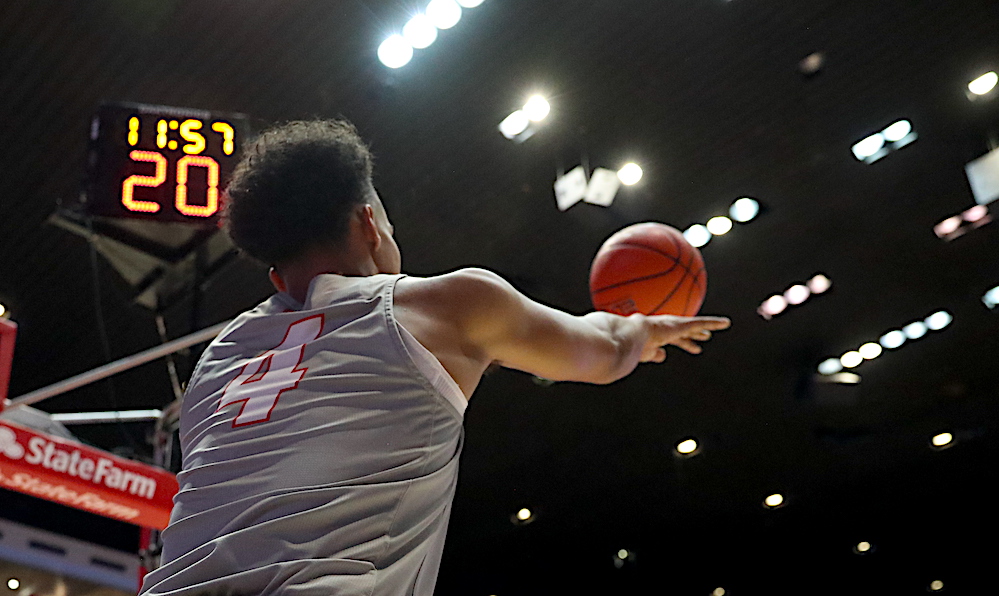 After two seasons with New Mexico, Tavian Percy announced he is entering the transfer portal. He made the announcement on Thursday evening on his social media accounts.

“I appreciate everybody that has helped me out and showed love to me since I stepped foot in Albuquerque as a seventeen year old,” read part of his post.

The 6’6″ guard played in 46 games with the cherry and silver jersey, 23 each year. He averaged 7.3 minutes per game during his freshman year, and his time increased to 10.5 minutes his sophomore season. Even without much playing time, Percy’s shooting percentage from he field went from 29.4% during his first year to 51.7% the following year.

“Albuquerque will always have my hear I love you guys! But, sometimes things happen for a reason whether we like them or not we have to keep pushing and moving forward,” he wrote.

The Lobos had given out all their scholarships for the 2019-20 season, but Percy’s departure will open up a spot.

Check out the two Lair features on Tavian Percy: