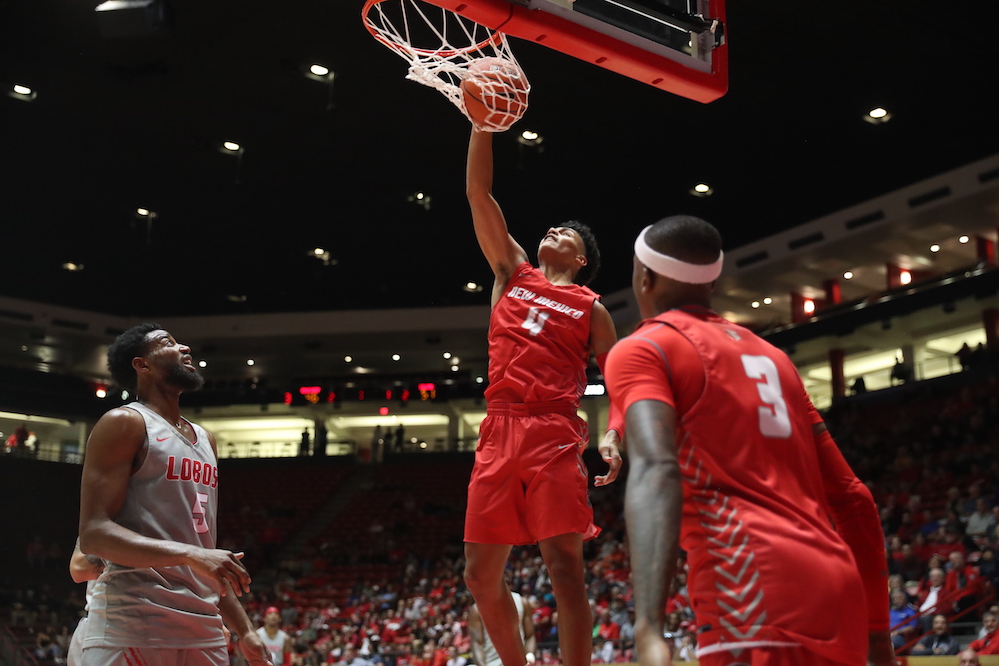 Tavian Percy out with foot injury

New Mexico sophomore Tavian Percy suffered a foot injury during Monday’s practice. He is expected to miss the remaining of the season, per release.

The news come with New Mexico having two games remaining in its regular season schedule, before heading to Las Vegas for the Mountain West Tournament. The Lobos will be on the road on Wednesday to take on the Air Force Falcons. The last home game of the season is scheduled for Saturday at 8pm MT as the cherry & silver host the Utah State Aggies.