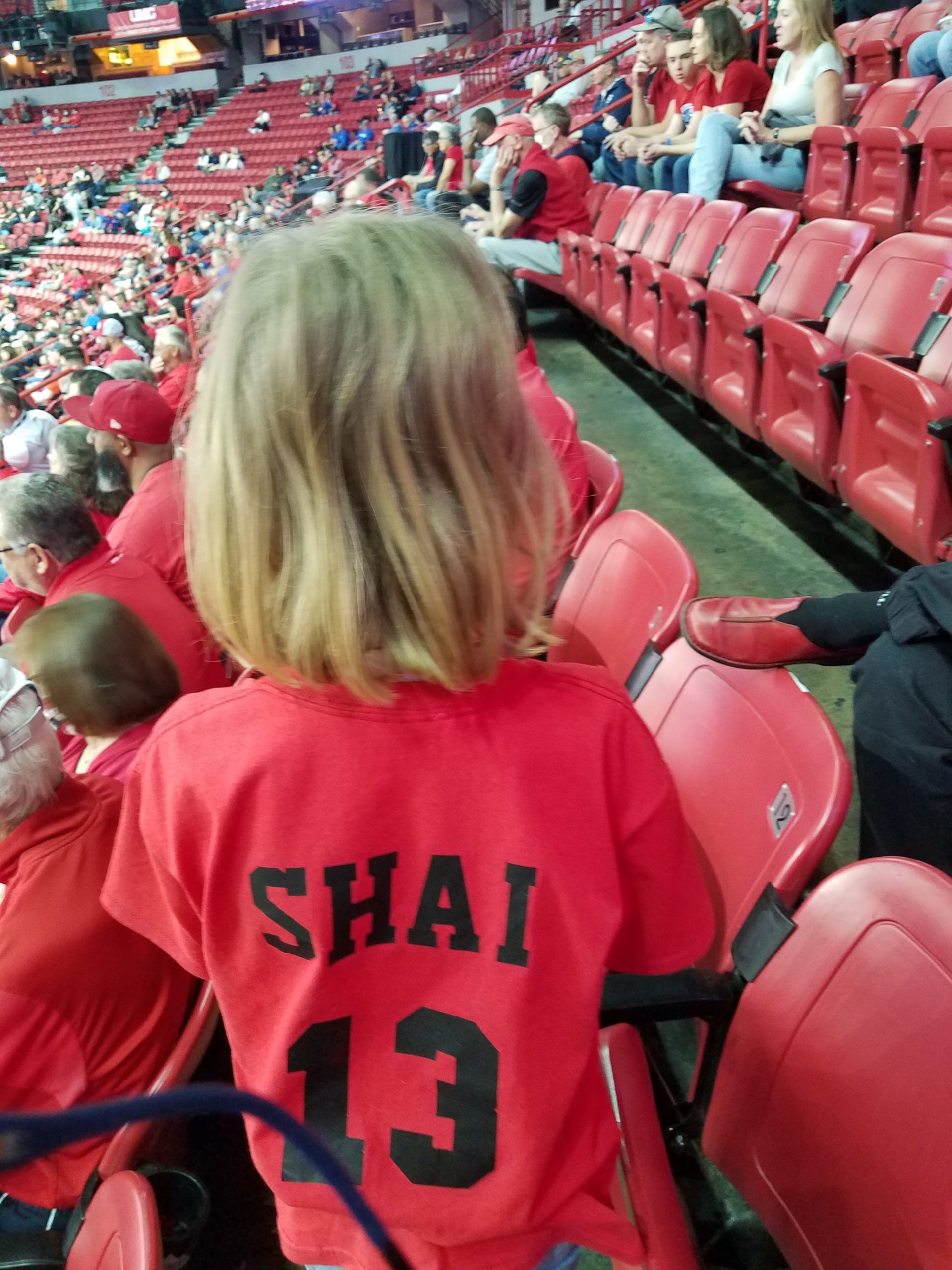 Trick And Treat Comes Early at the Pit Today

The Lobo women defeated a good West Texas Buffalos team 84-75.  The Buffalos played Arizona tough in their previous exhibition game, and this was UNM’s first game of the season.

For 33 minutes of this game the Lobos gave out treats to the fans tonight, playing well and showing lots of good things to build hope and promise.  But in the second quarter there was a seven minute stretch when they hid in the locker room and let the scary monsters roam the Pit floor.  In the end the good parts overcame the bad, but it also identified things that need improvement.  In some cases, lots of it.

In the first quarter the five starters (Tora Duff, Tascya Duff, Shai McGruder, Paula Reus, and Amaya Brown) and  shot 56% and an active defense to run up a 27-19 lead.  Paula led the Lobos with 9 points and 4 rebounds in the quarter as the Lobos stayed even with the bigger Buffalos on the boards and only had two turnovers.  Viane came off the bench and hit a pair of three point baskets and the crowd loved it.  On defense the Lobos only forced three TO, but there were many times where Lobo defenders were cutting off passing lanes and causing West TX to double clutch a pass or take a half second pause in a play.

As soon as the second quarter started things changed as the players were replaced my Halloween monsters.  Drastically.  The Lobos went to a zone defense—something they have practiced far less this summer that their main man-to-man defense.  The two teams had agreed to each play some zone so the other team could work against it.  To say the Lobo zone was porous would be a serious understatement.  The Buffalos got shots and baskets at will—layups, mid range jump shots, and threes—and hit 8 of their first 10 attempts.  At the same time the Lobos went cold.  Ice cold.  In the first seven and a half minutes UNM was 1 for 11, the only basket a LaTora jump shot.  Put bad defense and bad shooting together and West Texas went on a 21 to 5 run that erased the Lobos 8 point lead and turned it into an 8 point Buffalo advantage with 3:55 remaining in the half.  Time out Lobos.

Send the monsters back under the bed.  Put the real Lobs back in.  Out of the time-out the Lobos stopped taking (mostly) open 3s for a while and started attacking inside with quickness that WT had difficulty matching up with.  Shai had a layup.  Then an offensive board and another layup.  Aniyah Augmon drove for a layup & 1.  The Lobos scored the last seven points of the quarter and got back within a point, 40-39 at the half.

That momentum carried over into the third quarter.  The zone defense was put away and the shooting touch—mostly inside—returned.  The Lobos hit 7 of their first 8 shots, went in front again, and eventually opened up a 60-47 lead  with 3+ minutes remaining in the 3rd.  In that ten minutes of game time the Lobos had out scored the Buffalos 20-7.  From that point on both coaches played a lot of their bench, and in different combinations.  The lead grew and shrunk, but West Texas never got closer than 6 the rest of the way.

Tay Duff led UNM with 17 points.  Paula, Shai, and Tora were also in double figures.  Paula had the most rebounds, eight, while Shai added seven.  As a team UNM had 17 assists,10 turnovers, and 9 steals.

–Aniyah & Amaya both did a lot of good things, especially on defense.  Between them they only had 9 points, but that way understates their importance.  Combined they had 7 rebounds, three assists, and only one turnover.  Aniyah continues to make her case for even more minutes.

–Jaelyn and Brooke made a number of hustle plays on defense that drew the biggest applause for the crowd.

–The 28 three point shots the Lobos took is more than I expected, and is more than they will likely take most games, but West TX left them wide open on most those shots.  Even so they had 24 points on threes but 32 points on layups.

–The Lobos gave up too many open looks on threes.  The Buffalos missed a lot of those, but if they had not the final result could easily have been different.

–If Tayscya, Tora, and Viane can be consistent enough from beyond the arc there are a lot of players who can cause real problems driving to the basket.

Next Lobo women’s game is Thursday vs Fort Lewis College at 7 PM in the Pit.