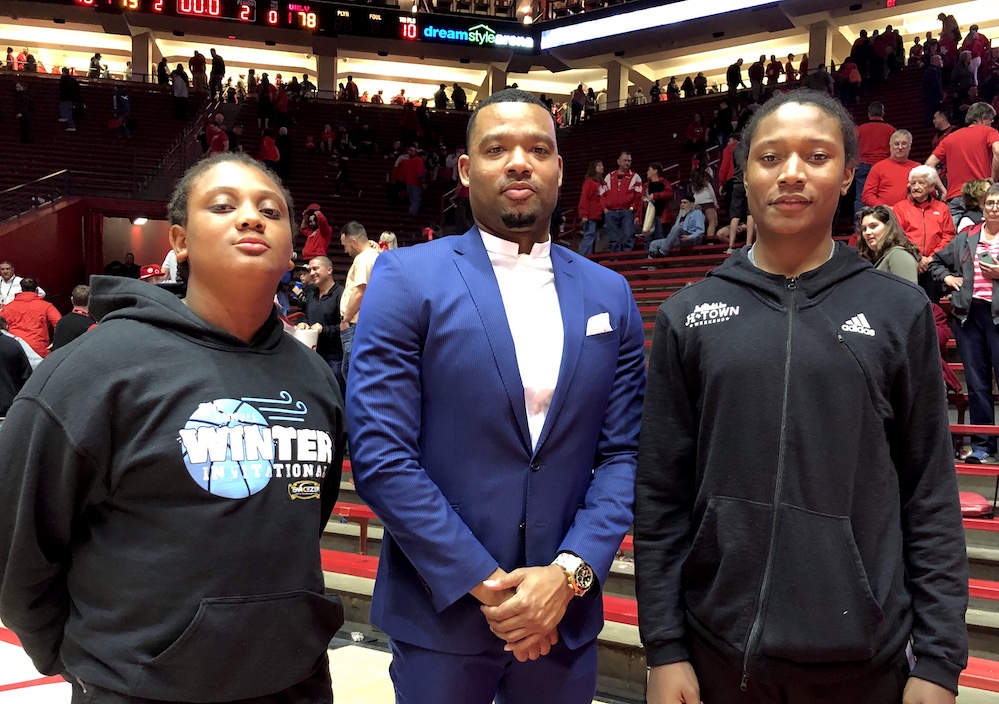 Class of 2021 point guard TyTy Washington Jr is visiting New Mexico this weekend. He attended the men’s basketball game on Saturday as the Lobos hosted UNLV at The Pit.

New Mexico lost the game, but the announced attendance of 11,794 fans made an impact on Washington.

“The environment was amazing. It’s my first time coming out here and watching a game in The Pit,” he said. “It’s beautiful, I love the fans out here. It was a good game to come out and watch.”

Washington currently plays AZ Compass Prep. He doesn’t mind leaving Arizona, but when it comes to picking a school, he says his relationship with the coaching staff will really impact his decision.

“I’m going to be away from home, away from my mom and dad. I need my coaches to be like another father figure to me when my dad isn’t there,” he said.

Washington hadn’t had a chance to talk to current Lobos players yet, but he noticed how the crowd was reacting to them. He thought Keith McGee appeared to be a crowd favorite and that the energy he brought on the court was obvious.

The recruit said that wherever he ends up, he believes he can bring leadership on and off the court. Basketball-wise, he feels his playmaking and scoring abilities will be valuable to any team.