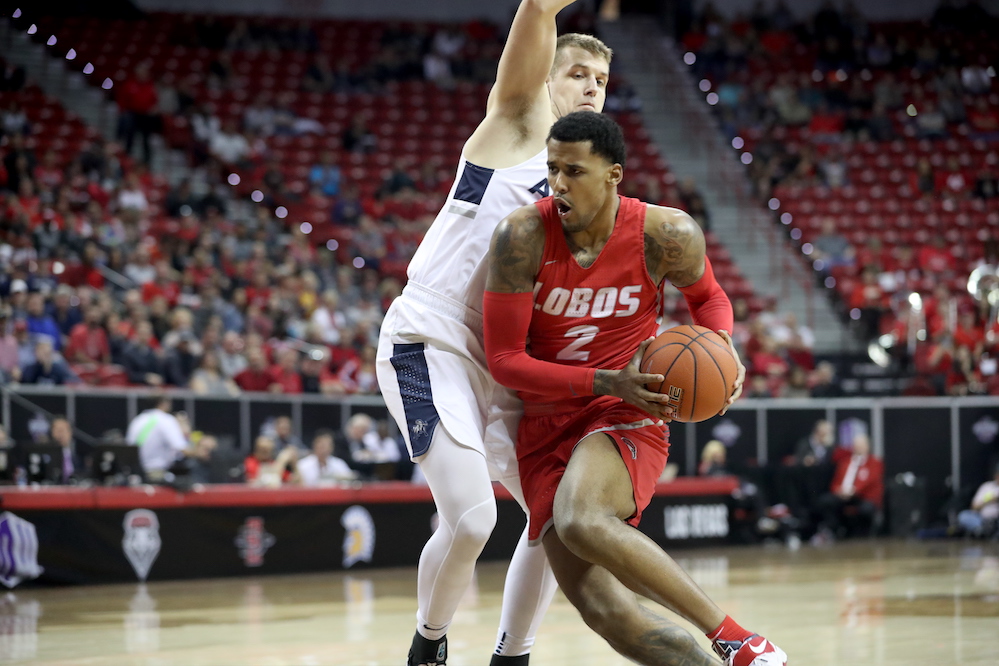 New Mexico guard/forward Vance Jackson has entered his name into the transfer portal. The news was first reported by Corey Evans from Rivals.com on Monday morning.

Jackson played two seasons as a Lobo with a total of 60 games, 44 as a starter. He had to sit out the first year due to transfer rules.

“It was definitely one of the hardest decisions of my life, but after praying to the Man above and thinking it through with my family I feel this decision is best for my future as a player,” Jackson tweeted. “Lobo Nation will always have a place in my heart.”

The 6’9″ player got the nickname “Vegas Vance” from his performances during postseason at the Mountain West tournament in Las Vegas both years.

Before coming to New Mexico, Jackson played his freshman season with the UConn Huskies. He was on the court for 32 games, including 21 starts. He averaged 26.1 minutes per game, 8.1 points, 3.8 rebounds and 1.4 assists.

Jackson’s decision became known a day after JJ Caldwell announced he was transferring.